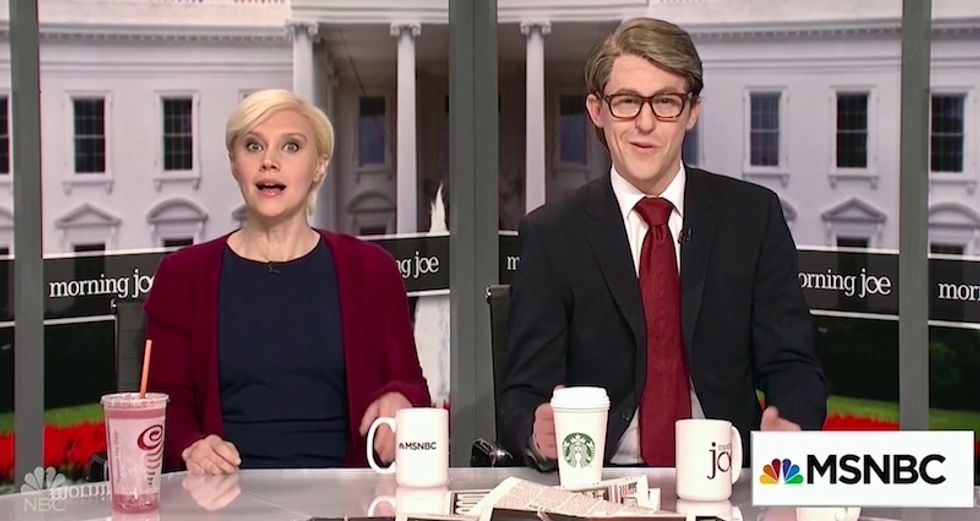 Morning Joe as seen on SNL/Screenshot

A week after Saturday Night Live steered clear of politics for Mother's Day, they leaned in hard with a season finale that opened with the Trump team in the Sopranos finale.

One of the first skits featured SNL's take on Morning Joe hosts, with hosts Joe Scarborough and Mika Brzezinski flirting relentlessly and guests like Meghan McCain and Russian lawyer Natalia Veselnitskaya appearing—and either not getting a word in edge-wise or destroying Trump.

"We've got a great show, Mika has added two new exasperated groans to repertoire," Scarborough said to open it.

Veselnitskaya, played by host Tina Fey, explained that there was nothing unusual about their meeting in Trump Tower.

"It was all so harmless," she said. "The meeting begins with handing out the customary Russian gift—my English not good, the rectangle with the money, what do you call it? Bribe!"

"Very easy meeting, very fun—and no one was poisoned," he said.