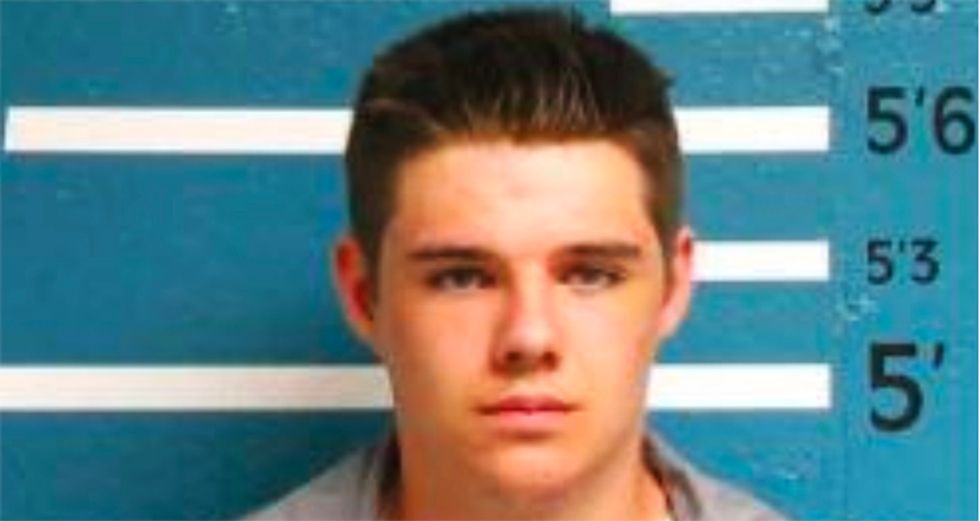 A Missouri teen has been charged with second-degree murder and a host of other charges after police accidentally killed a 21-year-old mother of two who was trying to help them arrest him for probation violations, reports the Riverfront Times.

According to the report,  19-year-old Mason Farris of Aurora, was arraigned on Friday with second-degree murder, two counts of assault, resisting arrest and armed criminal action that led to the death of Savannah Hill.

The report states that Farris was avoiding police after violating his parole on multiple meth charges and was in a car with Hill who was aware of his legal problems and attempted to help police take him into custody. Calling police from a gas station, the woman conspired with police to have her car pulled over with Farris in it where he could be taken into custody after being trapped inside due to the childproof locks.

However, after the car was pulled over at the appointed spot, Farris instead jumped into the front seat and shoved Hill's foot down on the gas pedal to drive away, with the car -- which was in reverse --  hitting and injuring police officer Chris Kozisek. A second officer, David Chatman, opened fire on the car, hitting Hill.

Hill died on Monday from her injuries.

According to the woman's father, he doesn't believe that the police were at fault and thanked them for clearing his daughter's name.

"There are bad officers just like there are good officers," Chris Nethery, the  son of a police officer stated. "Which ones were involved in this one, I have no idea."

In a statement he added, "At this time the family is ecstatic that we have the first part of this investigation that proves that our initial feelings — that Savannah was not in control of the vehicle, that she was assisting law enforcement and ultimately became an innocent victim of this tragic incident."

Farris is currently being held without bail as a flight risk.