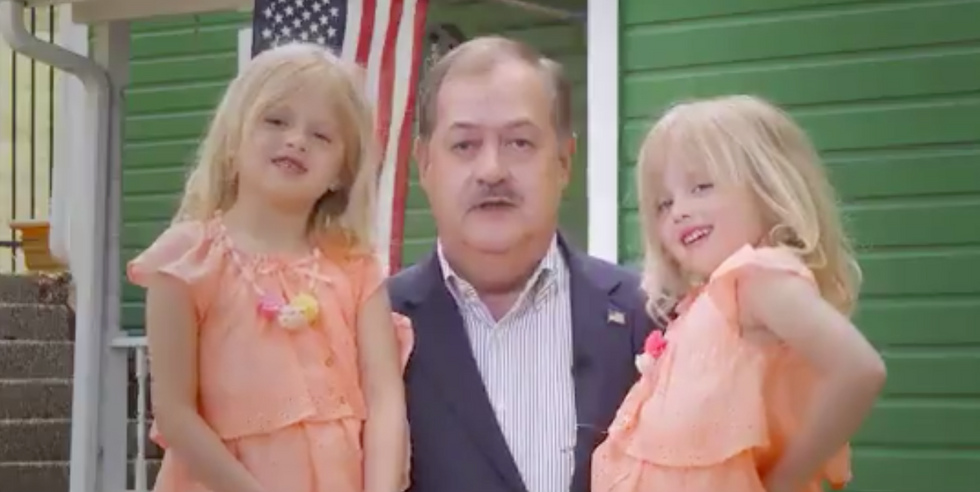 "Swamp captain Mitch McConnell has created millions of jobs for China people," Senate candidate Don Blankenship said in his latest ad as twangy country-inspired guitars played in the background. "While doing so, Mitch has gotten rich."

"In fact," the candidate continued, "his China family has given him tens of millions of dollars."

Blankenship went on to charge "Mitch's swamp people" with running damaging negative ads about him that "childishly" refer to him as "despicable and mentally ill."

"I will beat Joe Manchin and ditch Cocaine Mitch," the candidate said, using his strange new nickname for the GOP Senate majority leader.

Don Blankenship doubles down on phrases like "China people" and "Cocaine Mitch" in new ad that also features his undeniable charisma and charm pic.twitter.com/eiv9WUADjz