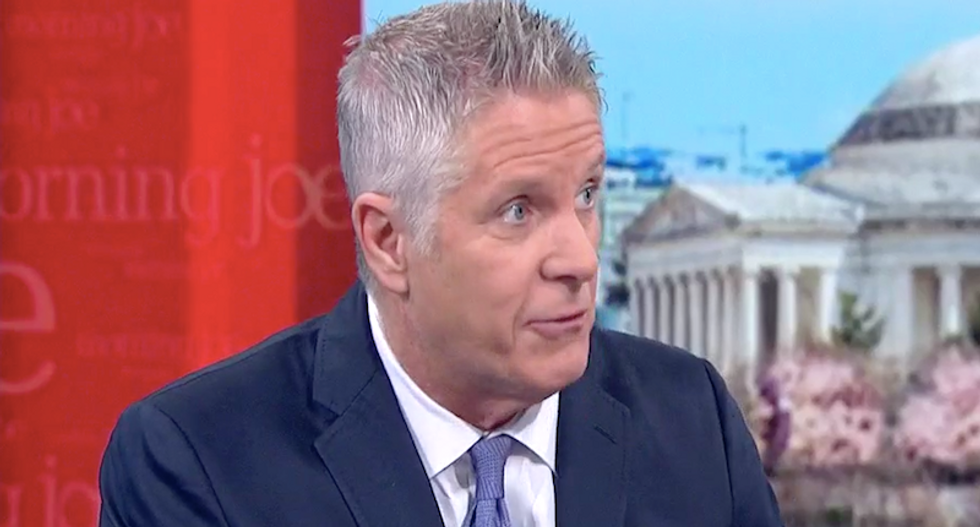 "Look, we've talked a lot about Donald Trump's lack of management style," Deutsch said. "The Giuliani thing is interesting. We forget how, during the campaign, Giuliani was unhinged. If you show clips of him during the campaign, there's a reason he didn't get hired for all the jobs he wanted to."

Deutsch, a former advertising executive who has known both Trump and Cohen for years, said the attorney disputes Giuliani's account.

"I spoke with Michael Cohen yesterday, and his (account) about Giuliani was that he doesn't know what he's talking about," Deutsch said. "He also said that, 'Look, there are two people that know exactly what happened -- myself and the president, and you'll be hearing my side of the story,' and he was obviously very frustrated by what had come out yesterday."

Deutsch said he understood Trump's chaotic management style all too well, because he was also a "mercurial guy" as a CEO, but he tried to surround himself with people who offset his weaknesses.

"The last thing I was ever going to do was double and triple down," he said. "Probably the way Giuliani got there in the first place, one day he was probably pissed -- 'My lawyers aren't tough, get Giuliani, get Rudy on the phone, he'll do it' -- and that's the thought that goes through it, and now we're starting to see the residue and collateral damage."

Host Mika Brzezinski said the president told her and co-host Joe Scarborough why he hadn't hired Giuliani for any of the high-profile White House position he'd sought, before Trump turned on them.

"Well, I'll just tell you that during the transition, Donald Trump told both Joe and me that Giuliani was a little out of it, was kind of losing it and would fall asleep -- it's what he told us," she said, "and I don't know if it played into why he didn't become Secretary of State. We certainly openly lobbied on the air for that not to happen, because we also thought there was something different with him."