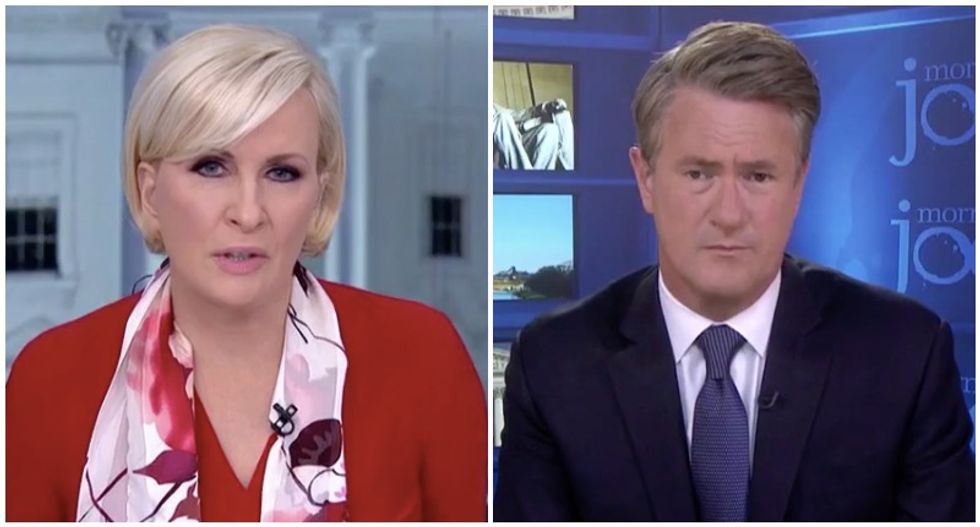 Eric Schneiderman abruptly resigned Monday evening after The New Yorker reported that four women had accused him of physical violence -- and Conway celebrated the political downfall of a prominent Trump enemy.

"Given that tweet, it seems that Conway has given license to remind people that she's been less eager to comment on another powerful man who said on tape that he kisses and grabs women without consent," Brzezinski said.

The "Morning Joe" producers rolled the infamous "Access Hollywood" recording that showed Trump boasting about getting away with sexual assault because he was famous, and Scarborough called out Conway and other Trump apologists as hypocrites.

"There's quite a contrast," he continued. "I mean, let's be honest, let's be blunt. It was the Democratic Party in the 1990s that enabled Bill Clinton and would say behind the scenes that, yes, they knew Bill Clinton abused women and treated them terribly, but they still circled the wagons for him."

"At least the Democratic Party has figured it out now, but the Republicans -- wow, unbelievable," Scarborough added. "Anybody that opens their mouth against Eric Schneiderman has it coming straight back at them about the man they defend day in and day out."