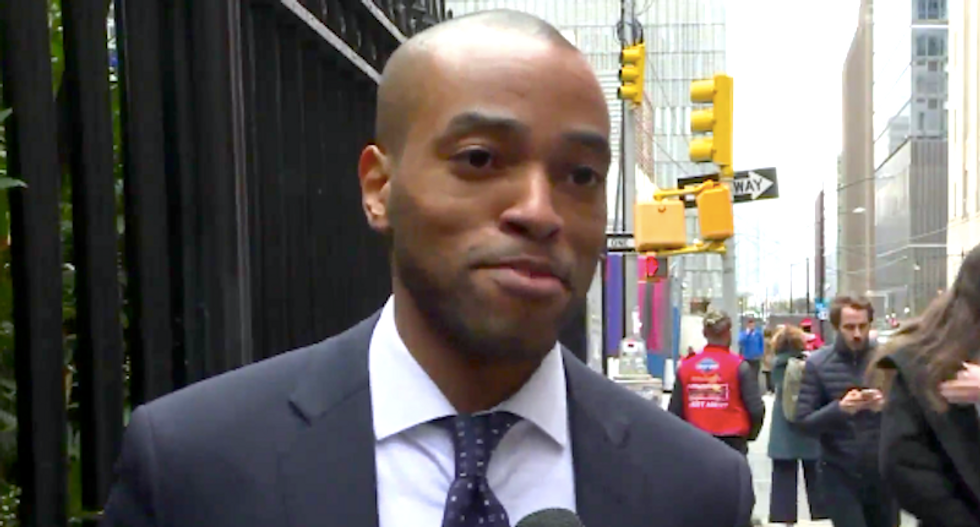 A black former Obama administration staffer had the police called on him while moving into his new apartment in New York City.

Darren Martin moved back to his hometown after spending several years working in the White House and on Capitol Hill, but his homecoming was complicated after a neighbor reported him Friday as a possible burglar, reported WPIX-TV.

“Somebody called the cops on me in my own building,” Martin said in a video streamed live on his Instagram account.

Officers came to the Upper West Side building to investigate a possible burglary in progress, and the 911 caller warned Martin was carrying a "large tool" that appeared to be a weapon.

“I didn’t really think anyone was going to call the cops on me because, I mean – I was moving into the building," Martin said.

Police determined that Martin was not engaged in any criminal activity, and the former White House staffer said the incident wasn't exactly surprising to him.

“As a black man when you’re in an all-white environment, you’re cognizant of that,” he said. “I have to say I found it kind of symbolic -- like, welcome to the neighborhood.”

Martin reminded his neighbors that police calls can end in tragedy for black people.

“The broader message to everyone is get to know folks before you make these assumptions,” he said. “When you make that call there’s no turning back, and it could've ended very differently.”