'We no longer live in a democracy': Historian warns US has already curdled into 'oligarchy' 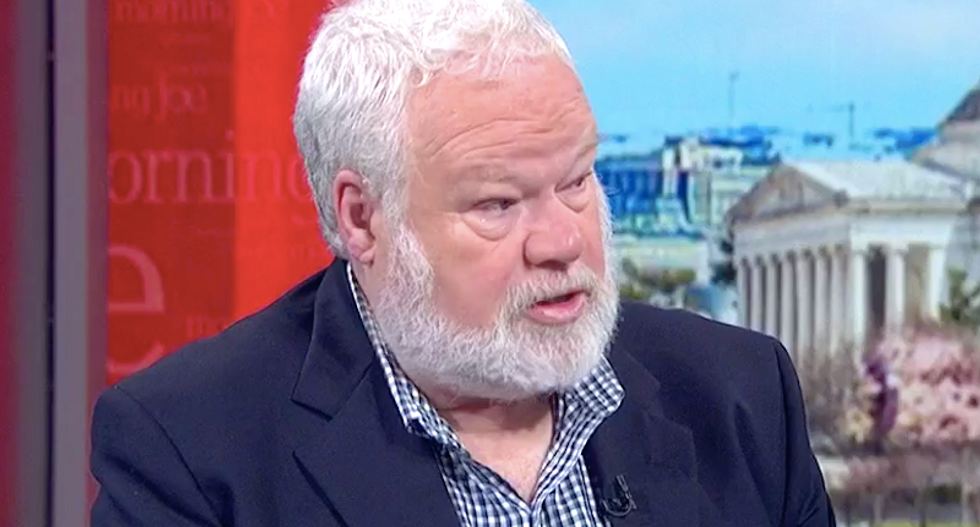 Journalist Thomas Ricks warned the United States had already lost its democracy -- but he said all hope was not lost.

The author of the new book, "Churchill and Orwell: The Fight for Freedom," appeared Friday on MSNBC's "Morning Joe," where he said money had corrupted American democracy.

"I worry that we no longer live in a democracy, that we live in what the ancient Greeks called an oligarchy -- government of the rich, for the rich, by the rich," Ricks said. "Money now is much more important in America than people's votes."

He said his own congressman, Rep. Bruce Poliquin (R-ME), was "basically elected by outside money" and rarely visited the district he represents.

"I think the Washington Post, and I love Jeff Bezos for what he's done for the Washington Post, but their headline on top of the paper, the motto, 'democracy dies in darkness' -- no, democracy dies in broad daylight," Ricks said. "Again and again, it's the lesson in history. You retain the appearance of democracy without having it. I think that's where this country is right now."

He agreed that President Donald Trump understood little of the U.S. Constitution he swore to uphold, but Ricks said he's enjoyed watching the former real estate developer and reality TV star thwarted over and over by those Enlightenment-era fundamental values.

"The one thing that gives me hope in that, I think you're totally right in your assessment, is unlike a lot of countries, we have an operating manual -- it's called the U.S. Constitution, we have a Bill of Rights," Ricks said. "It's not a matter of opinion."

He credited James Madison with implementing safeguards against a president like Trump.

"People talk about gridlock, thank James Madison," Ricks said. "He designed it to shut down, so somebody like -- he anticipated somebody like Trump, who he would call a tyrant. That trump fits their definition of somebody who acts arrogantly in his own interest without regard to law. He designed the system, so you have the president stopped by the Congress, stopped by the executive, you have the two houses of the legislature meant to stop each other, this is James Madison's design, which is, sometimes things are going to get crazy, let's push gridlock into the system."