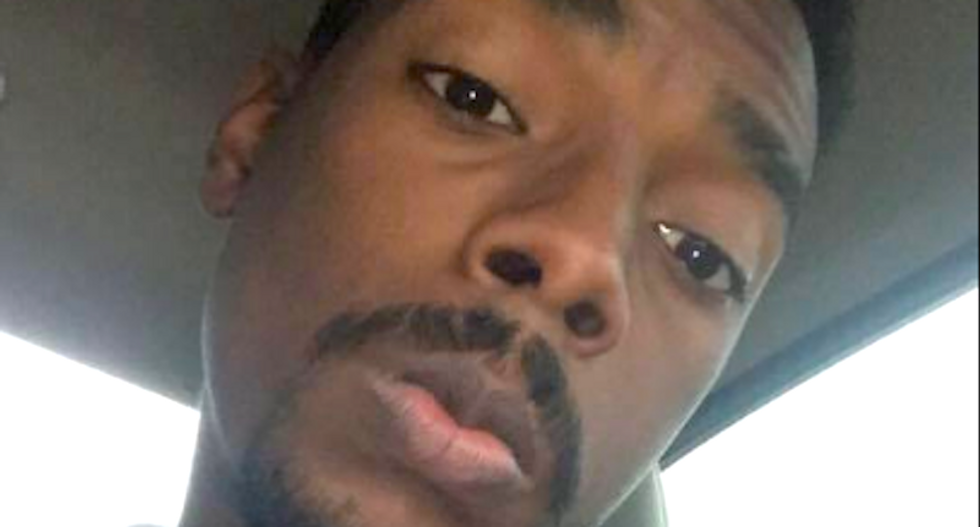 A black North Carolina man revealed details of his argument with Waffle House employees that prompted a police call -- and ended with an officer choke-slamming him to the ground.

Anthony Wall was violently arrested at the Warsaw restaurant May 5 after taking his 16-year-old sister to her school’s prom, and the 22-year-old told The Grio that he became angry after employees insulted him.

The siblings and their friends sat down at a table that had not been wiped down so they could all sit together, and they argued with the server after complaining about the dirty table.

“In the midst of that, the lady and my sister had some words,” Wall told the website. “I was pretty upset, but then [another employee] called me a f*ggot and all kind of other names. He was taking off his shirt to fight me, but one of the other workers did hold him back."

Wall has hired attorney Benjamin Crump, who represented Trayvon Martin's family, and Fayetteville lawyer Allen Rogers to represent him in the arrest, which is under investigation by both the state and the FBI.

"There was no manager on duty, it was just him watching the store," Wall said. "The girl called 911 and before I could get out the door, the officer grabbed me.”

Waffle House has defended its employees for calling the police on Wall, and Warsaw's mayor said the arrest was justified.

"I want the public to understand that this is not a racially-motivated issue," said Mayor A.J. Connors, who is black. "This was just a young man who had broken the law, and a law enforcement officer arrested him. And unfortunately physical contact took place because he refused to cooperate or follow the — or obey the law."

The officer, who has been identified as Frank Moss, took Wall outside and can be seen on video putting the younger man into a chokehold and then slamming him to the ground.

“He put up a struggle and eventually he was brought outside, gotten outside and in the midst of things more physical contact took place," Connors said.

Wall was charged with resisting arrest and disorderly conduct, but he said he only fought back out of instinct because he could not breathe.

“I was terrified and thinking if he’s doing this to me without handcuffs, what is he going to do to me once he gets the cuffs on,” Wall told The Grio.

Four cruisers responded to the call at Waffle House, but Wall was placed in one with a K-9 unit in the back.

“The officer left me in that car by myself along with the dog barking and growling in the backseat," Wall said. "He came back to the car and said he was securing the guard. I had to sit there while he then went back to the Waffle House to talk to the employees about their statements. He got back, started driving and that’s when the dog got out and tried to snap at my left arm while I was still handcuffed with my hands behind my back.”

Wall said he asked the officer on the way to jail if he had been arrested because he was black, but he said Moss just laughed.

“You don’t see professionalism here, what you see is anger and aggression,” said Rogers, his attorney. “I don’t think it was a surprise that they chose him to be in that car when there were four other cars to choose from.”

Crump said he was investigating whether Waffle House discriminates against black and LGBT customers after several incidents reported around the U.S. in recent weeks.

"This is a national, corporate issue they need to address," Crump said.