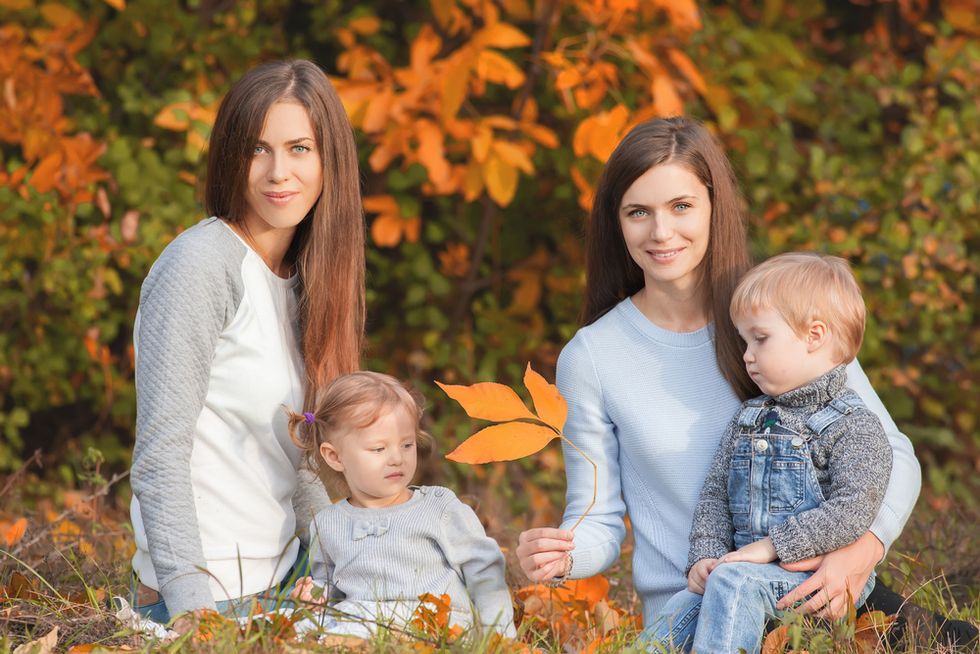 Both the Oklahoma and Kansas legislatures have passed laws barring LGBT people from adopting children in their states. They aren't the first states, nor will they be the last and lawsuits have already been promised. However, the states have also completely mismanaged their existing foster care systems while both are woefully underfunded.

In 2013, it was discovered that the Oklahoma Department of Human Services lost 78 children that the state handed over to foster families. Late last year, Kansas announced it lost 70 children.

Over the years, drastic budget shortfalls in Oklahoma has resulted in funding cuts to the Department of Human Services, which oversees the foster care system. DHS director outright called the cuts "unthinkable" last year.

The Fox report cited DHS Director Ed Lake saying that the proposed cuts in 2017 meant the agency "would no longer be able to protect its child welfare services division from budget reductions." Up until that point, the department had do whatever it could to cut everything from staff to clothing vouchers and everything in between simply to put the health and safety of the children first.

At the same time, fewer and fewer families were willing to take children in. Gov. Mary Fallin (R-OK) developed a program working to establish more homes for children. The program was overwhelmingly successful and resulted in over 1,000 new homes for Oklahoma children. Yet, just two years later, the program has been closed and the GOP-led legislature is trying to find ways to restrict homes for youth.

With fewer staff comes fewer monitoring of foster homes. One couple was arrested for child neglect for their nine foster children. Another couple was arrested after the death of a two-month-old baby placed in foster care. One report revealed the state has a high degree of abuse.

Kansas has been grappling with it's own financial crisis. After the failed "tea party experiment" ushered in by former Gov. Sam Brownback (R-KS), the state suffered from a budget shortfall so dramatic that Standard & Poor downgraded the state's economy. Lawmakers were forced to make drastic cuts similar to Oklahoma and with that came funding cuts to the Department for Children and Families.

Several high-profile deaths of children in foster care occurred over recent years. One 7-year-old boy in foster care was tortured to death and his body was fed to pigs. So, Kansas lawmakers unanimously passed a bill that would make the information public so the public would know about the mortality and abuse rate.

In the cases cited above, the foster families that abused or murdered the children were all heterosexual couples. The new Kansas governor has already indicated his intention to sign the bill banning adoption from LGBT couples. Fallin has not said one way or the other whether she will sign the law.

It's unclear the why the states are seeking to stop LGBT families from fostering the scores of children, who deserve safe and loving homes. Out of 120 anti-LGBT bills presented in states this legislative season, these are the only two that could be signed into law. Thus far, Alabama, Michigan, South Dakota, Virginia and Texas all have legislation barring LGBT families from fostering or adopting children. The ACLU is currently suing the state of Michigan for their law.