'They're not even good at lying': Morning Joe mocks Trump team's 'incompetent' efforts against Mueller 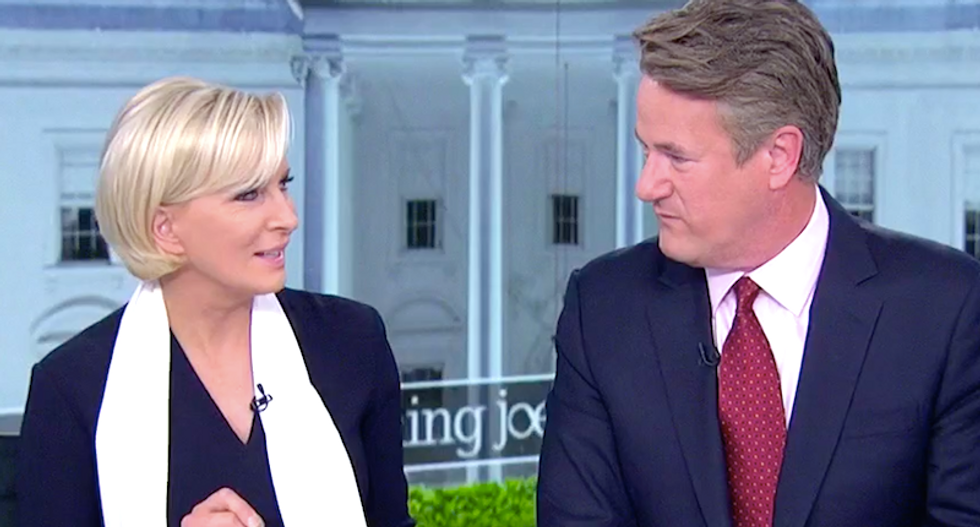 The "Morning Joe" host said Trump's ongoing attempts to push back against special counsel Robert Mueller's investigation were a joke, and he's getting no help whatsoever from his White House staff.

"I've got to say, a year and a half in, the incompetence of all of these people -- they're not even good at lying," Scarborough said. "You know, the David Geffen quote, the Clintons are unusually good liars. Well, Donald Trump and those around him -- unusually bad liars, and bad at corruption, just so obvious."

Co-host Mika Brzezinski said the White House was unable to explain what work attorney Michael Cohen had done for the president, and exactly when he stopped serving as Trump's personal attorney.

"The White House can't give us clarity on what he does, what Cohen does," she said. "If they can't do that, then there's no reason for the press office. That's a question they should be able to answer."

Scarborough ridiculed whatever strategy Trump and his new personal attorney, Rudy Giuliani, thought they were employing against Mueller's probe.

Scarborough said they evidently hadn't even tried to get their stories straight.

"What's unbelievable is that nobody has sat down in a room and said, 'Let's figure out what happened, when it happened,'" he said. "Even if they don't want to do the right thing, they're not sitting down saying, 'Okay, what's our story? What do we tell people?' Giuliani has been just spitting out words now for the past two weeks, contradicting himself everyday. This would be as if, you know, we talk about past administrations. This would be as if Jimmy carter had Billy Carter as his personal lawyer."

Trump isn't even close to understanding the trouble he's in, Scarborough said, or how ill-served he is by his legal team.