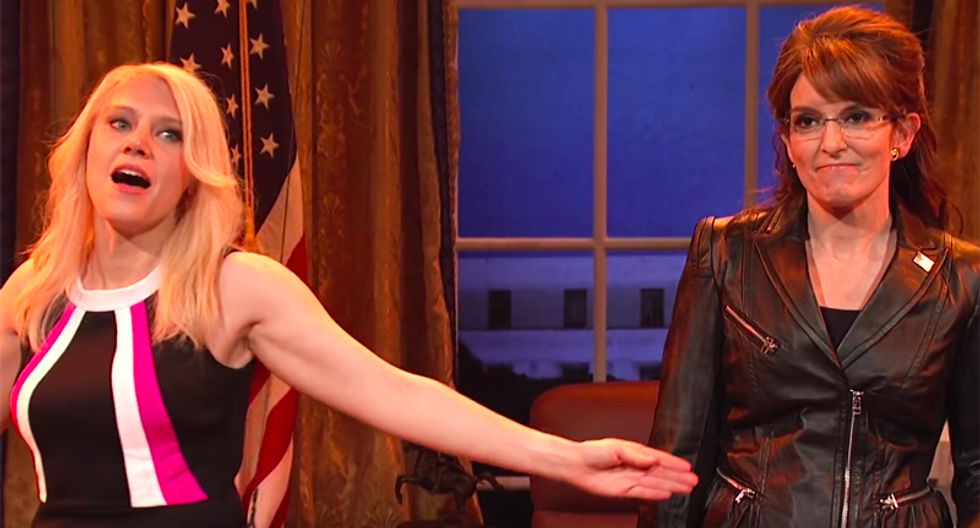 Decked out in a leather jacket and sporting an American flag pin, Fey first introduced herself as "the ghost of Sarah Palin" before adding, "No, I'm just kidding, I'm still alive. But you had to think about it didn't you?"

She then added that she was the "first female on a Republican presidential ticket," but she now gets "paid to tweet for Bass Pro Shop."

"Take it from me, politics is a wild ride. One minute you're on top, and then you're gone in the blink of a Scaramucci," Fey continued, before breaking into song ("What I Did For Trump")  with the eventual help from the cast as Kellyanne Conway, Sarah Huckabee Sanders, Omarosa, Stormy Daniels and writer Michael Wolff.