Vanity Fair reporter predicts Trump will turn on Kushner: 'No question Jared is going to be thrown under the bus' 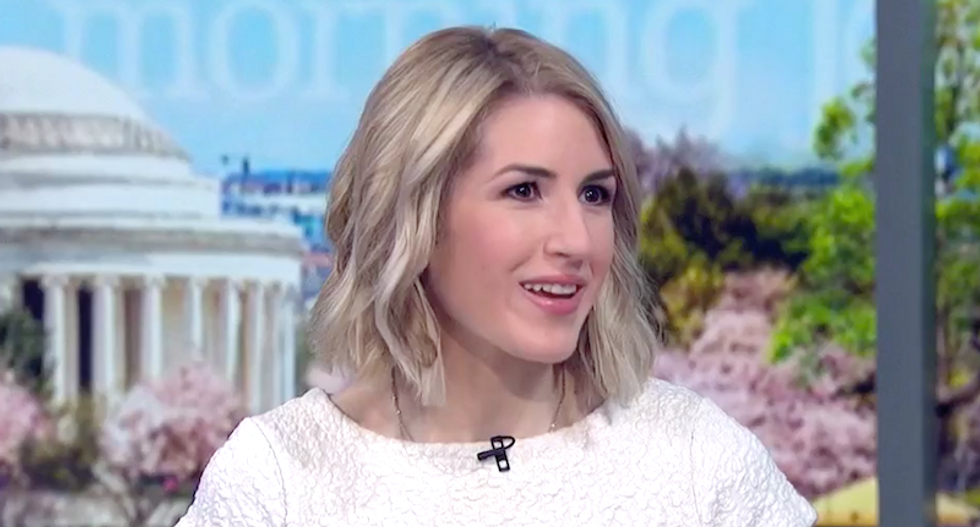 The author of a forthcoming book on President Donald Trump's children agreed with Rudy Giuliani that Jared Kushner was, when it comes down to it, ultimately "disposable."

"I think it obviously came off as a joke," Fox said, "and what he was trying to say was in a joking manner, but in all jokes there's some truth, right? Every comedian knows that."

Fox said she gained some insight into the president's relationship with his son-in-law while reporting her book, "Born Trump," and she said his loyalty had limits.

"I have talked to a handful of people," Fox said, "especially in reporting the book and for Vanity Fair, who are close to the president, who have been close to him for years, who said if it comes down to it, there's no question that Jared is going to be thrown under the bus. If the president is presented with a choice of saving himself or his son-in-law, Jared is out before you can say Jared."

Daniel Goldman, a former deputy U.S. Attorney for the Southern District of New York, said Kushner was closely involved with Michael Flynn, who pleaded guilty in the Russia probe, and Paul Manafort, who has been indicted on numerous charges.

Co-host Mika Brzezinski said Kushner was a strong supporter during the transition of Flynn, who served briefly as Trump's first national security adviser, and Giuliani, who did not join the White House but now serves as a legal adviser to the president.

"He was very much a supporter of Rudy being Secretary of State," Brzezinski said. "He wanted that, he was pushing that in a big way, and he was extremely defensive of Michael Flynn. He said, 'You've got to understand, you may not support Michael Flynn as national security adviser, but he really understands Donald, he travels with him' -- these are Jared's words. 'He calms him down.'"

Flynn was pushed out for lying about his communications during the transition with Russian ambassador Sergey Kislyak, and he pleaded guilty late last year to lying to FBI agents about those contacts.

"They have a special relationship, a bond where they're always together, always talking," Brzezinski said, paraphrasing Kushner. "Flynn kind of -- he didn't use this word, but almost babysits him, is always minding him, and Jared was the one who was constantly pushing those relationships between Rudy Giuliani and Michael Flynn and obviously -- follow the money."

The conversation then moved into a discussion of Kushner's "complicated" financial dealings, but co-host Willie Geist interrupted to reflect on what Brzezinski had said about her private discussions with the president's son-in-law.

"Listening to your description, that's an insane qualification for the job -- the care and feeding of the president," Geist said.

Kim Yo Jong's comments came after US national security advisor Jake Sullivan described her brother's first reaction to Washington's recent review of its approach to the North as an "interesting signal".

A sea of silk engulfed an area in Australia's southeast hit by flooding earlier in June, caused by sheet web spiders that normally live on the ground looking for shelter according to ecologist Dieter Hochuli.