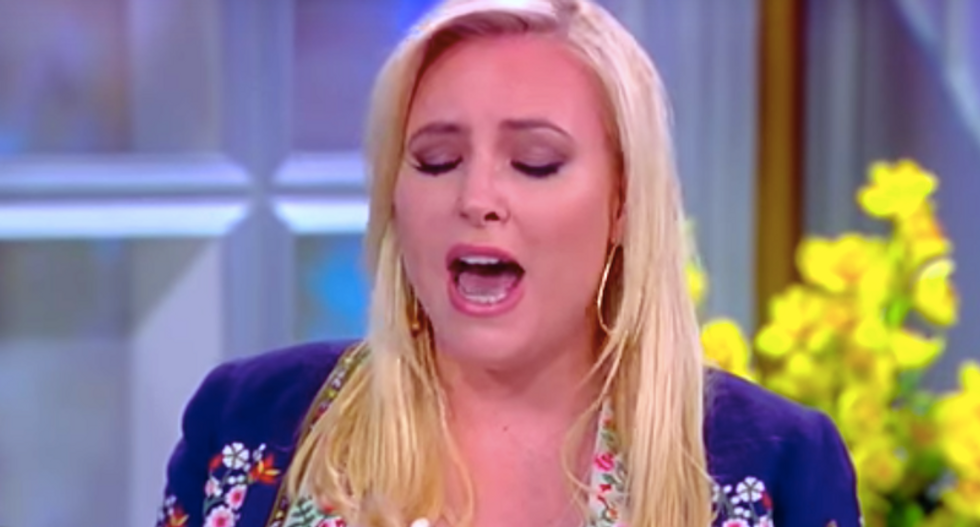 "The View" host Meghan McCain offered a litany of excuses for her friend Sarah Huckabee Sanders -- but co-host Joy Behar didn't want to hear them.

"There seems to be no narrative, or at least cohesion within the surrogates," McCain said.

McCain said Sanders would be the first to admit the White House lacked message discipline, and she defended her friend as a good person.

"I have always liked Sarah Huckabee Sanders," McCain said. "She is actually very shrewd in politics. She ran her dad's ground game in the Iowa caucus, and she has been very respected in politics, and sometimes it's hard for me to watch her in this position because she is very smart."

She blamed other White House officials for putting Sanders in a difficult situation.

"I think she is being put in an untenable position where she is not being communicated with in the right way," McCain said. "She is my age, and has three kids."

Then she imagined a scenario where she didn't have to defend the indefensible as the panel's outspoken conservative.

"I have this fantasy sometimes where I wake up and I'm, like, what if Marco Rubio and Nikki Haley were president and vice president?" McCain said. "My job on the show would be a hell of a lot easier, because I don't know how to explain this. This is not traditional politics, which I know is his appeal, but you look at Josh Ernst, all the press secretaries past, they are not tabloid sensations."

"Her job description is to lie for a liar," Behar said. "That's her job."