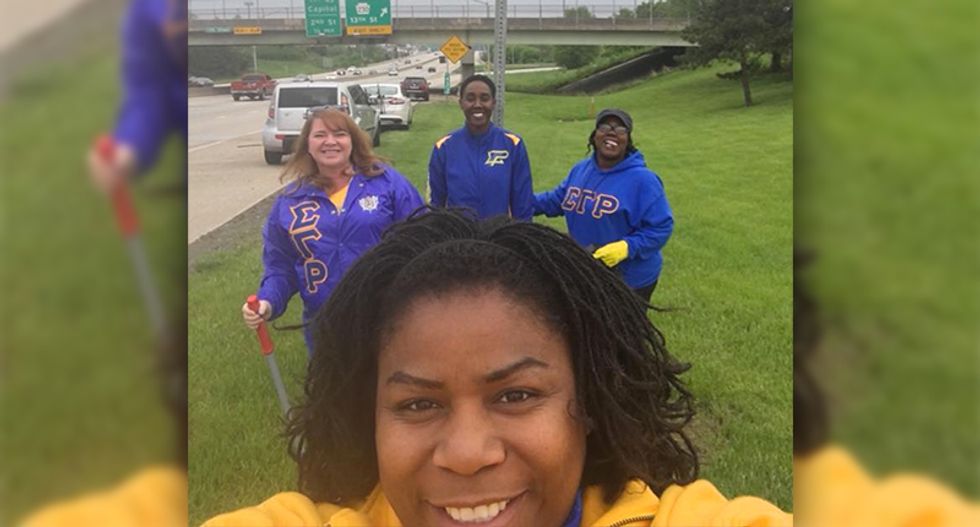 Black people are not allowed to BBQ without getting the cops called on them, and we can now add "serving the community" to possible offenses that will make cops suspicious of people of color.

As a part of the adopt a highway program, members of Sigma Gamma Rho were picking up trash alongside Highway 83 in Harrisburg, Pennsylvania, when a cop accused them of fighting each other, according to COED News.

Throughout the conversation the officer contradicted himself, according to Sigma Gamma Rho member Shawna Naomi.

Originally the officer said: “I’ve never seen anyone out here cleaning and I’m responding to a call.” Later it was revealed the cop “called in" the report himself.

After the women explained to the officer why they were cleaning the highways even pointing to the "adopt a highway sign” with their sorority name on it the cop still asked to see their IDs.

At the end the cop left and told them that they were doing "great work."  However, the women were overcome by the situation and began to tear up at the thought of what could have happened.