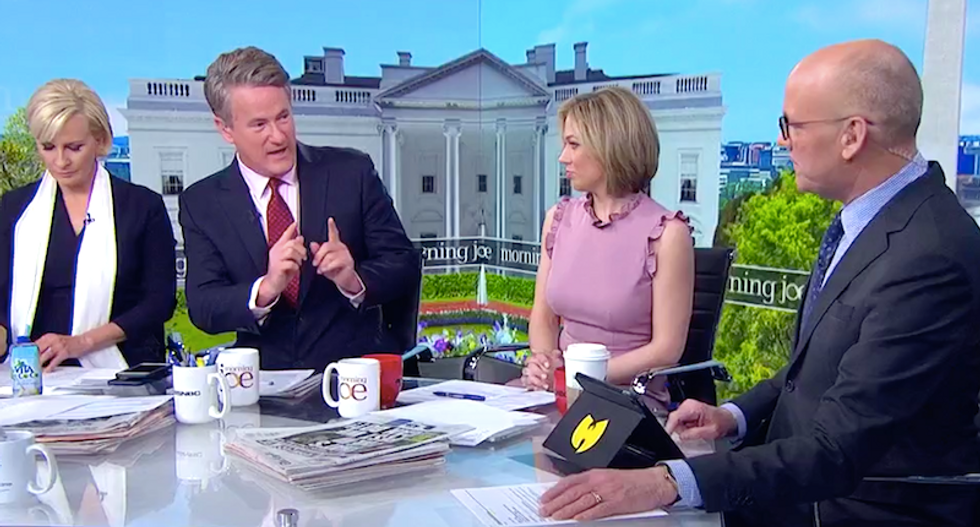 The special counsel investigation has resulted in four guilty pleas and 19 indictments -- but no one in Washington knows what could come next, because Robert Mueller isn't talking.

Many Trump aides and associates believe the president will ultimately be exonerated in the probe, but they told the Washington Post that Donald Trump Jr. and Jared Kushner could be indicted.

"The interactions with the Mueller team have been limited for this White House," said the Post's Robert Costa, who reported the story. "Officials go in as witnesses, (Rudy) Giuliani, the former New York mayor, working as the president's personal lawyer and interacting with some of the Mueller prosecutors and FBI agents."

Costa told MSNBC's "Morning Joe" that a meeting with a Russian attorney set up by Trump Jr. and attended by both Kushner and Manafort remains under scrutiny by Mueller, who's also looking into possible efforts by the president to obstruct the investigation of that Trump Tower meeting.

"They also feel like there's this variable inside the probe with regard to the president's family," Costa said. "Some of his advisers, they know about Gen. (Mike) Flynn, they know about others like (Paul) Manafort, who have been indicted and are about to go to trial. But those who haven't even been interviewed, or with Mr. Kushner, they're not sure where this is going, and that's part of the problem for this White House. That's why Giuliani said the president is trying to work on foreign affairs, because they just don't know how long Mueller will take when it comes to the conduct question of the investigation and the collusion aspect."

New York Times reporter Nick Confessore said Mueller may be the quietest but most powerful man in Washington, D.C., and MSNBC's John Heilemann said that silence had driven the president mad.

"All he gets is more Avenatti in his face," Heilemann said. "It's like there's a double teamed yin-yang thing going on that I think is part of the mental gamesmanship that's put Trump on defense."

"That's how a normal White House would go about making the argument, not have the president on Twitter or acting in a histrionic way," Heilemann said. "You wonder if for all the other noise whether they're finding their way towards a more conventional strategy of trying to undermine the various probes under which they're operating."