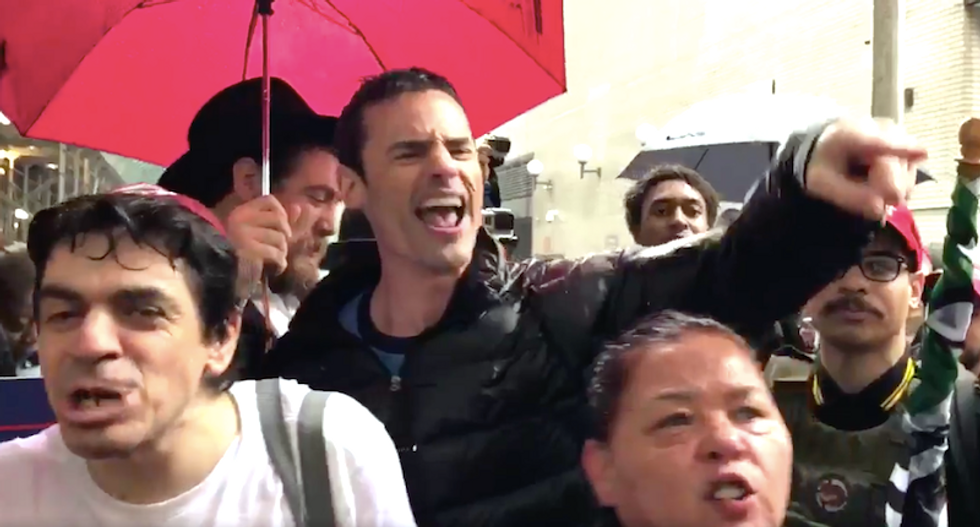 An attorney whose anti-immigrant rant went viral was also shown screaming about "fake Jews" at a pro-Trump rally.

Aaron Schlossberg was identified as the customer who loudly complained that employees at Fresh Kitchen were speaking Spanish to customers -- and he threatens to call ICE on everyone after he's laughed out of the coffee shop.

Schlossberg, whose law office is next door to the midtown Manhattan coffee shop, boasts in his online biography that he's fluent in Spanish and conversational in French, with a basic knowledge of Mandarin Chinese and Hebrew.

He turned up in another viral video in May 2017 after taking part in a rally in support of right-wing provocateurs Milo Yiannapoulos and Pamela Geller.

He's shown arguing with protesters who gathered in support of Linda Sarsour, a Muslim activist and co-chair of the 2017 Women's March.

He then joins other Trump hat-wearing demonstrators in chanting "Milo," and he was also photographed flipping off other protesters.