‘How bad does it have to get?’ MSNBC’s Mika begs Republicans to stop Trump’s cruelty to immigrant families 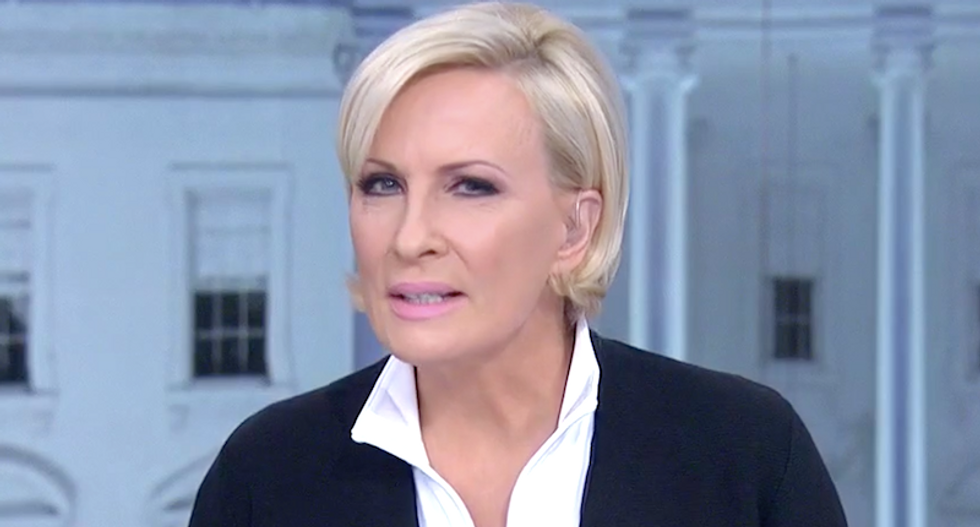 The "Morning Joe" co-host said only two or three GOP senators could force the administration to end the policy, which has been in place for about a month, but she asked why they had not already.

"I'm going to just beg," Brzezinski said. "I mean, I will make a plea to Republicans this morning, that it is on you to speak out. We need to hear from you. What exactly does this president need to do to get you to step up? What is it? How bad does it have to get?"

MSNBC analyst Mike Barnicle asked why the policy hadn't provoked outrage until the past few days.

"We have covered each and every presidential tweet over the past four or five weeks as if they were parts of the Magna Carta and ignored, not ignored, but not covered extensively, the separation of children from parents really like a fury, like we ought to have been doing, only over the past week or 10 days," Barnicle said.

"Susan Collins and Jeff Flake could stop this policy tomorrow if they went out and said, 'I'm not going to approve a single Trump judge until it's over,'" Confessore said. "They have leverage, but we have seen over and over again with few exceptions that these senators on the right just don't want to use their leverage on this stuff or take on the president directly, and it goes to the fear that the president has created in his own party of him. It's actually astonishing. I think these lawmakers are more afraid of Trump than the outcry from the media or from the population."

Barnicle said lawmakers were afraid of the president's tweets, and Confessore agreed.

"We treat these tweets as, you know, as law or statement but, in fact, they are extraordinarily popular or powerful in steering our politics -- which is crazy," Confessore said.