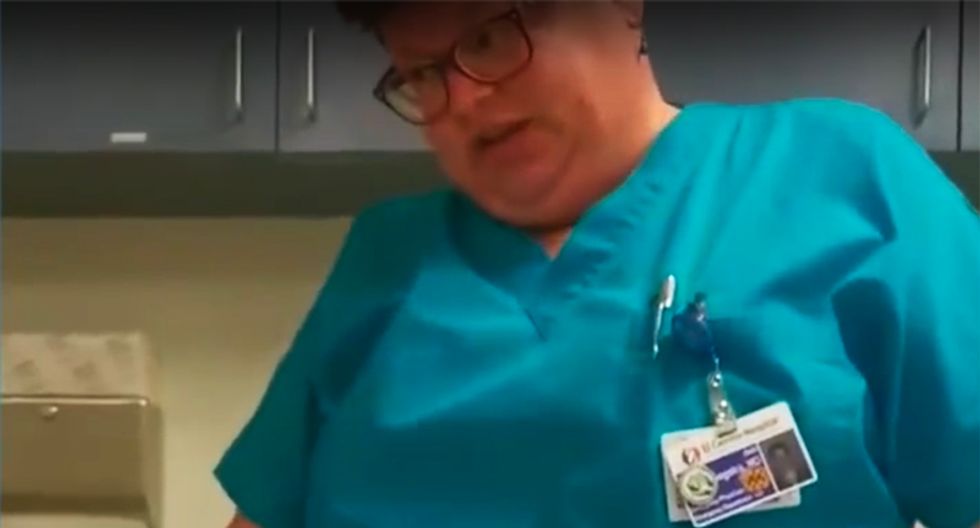 An emergency room physician working at El Camino Hospital in Los Gatos, California has been put on leave after footage was released showing her mocking a black athlete who suffered a panic attack during a basketball practice.

According to 5KPIX, Dr. Beth Keegstra, is awaiting her fate after the video was released, showing her doubting Samuel Bardwell’s account of his symptoms after he had to be rushed to the ER by his father.

“You are the least sick of all the people who are here, who are dying. So you put your head up. Don’t try to tell me you can’t move. Come on. Sit up," Keegstra brusquely told Bardwell as his father, Donald, filmed the encounter.

Keegstra then tied to pull the younger man up by his arm, telling him, “You want us to wheel you to your house in a gurney?"

According to the young man's father, his son has a history of anxiety attacks and takes Klonopin, which treats seizures and anxiety disorders. He added that Samuel had not taken his medication in the days leading up to Tuesday's attack.

Speaking with 5KPIX, Donald Bardwell said the doctor entered the cubicle with an attitude.

He added that she accused them both of looking for drugs.

“She said, ‘I know why you people are here, you people who come here for drugs,’ and I said ‘What do you mean you people?’” Donald recalled. “She was rambling on so angrily that’s why I pulled out my phone.”

Administrators at the hospital issued a statement saying Keegstra has been “removed from the work schedule, pending further investigation.”