Fox & Friends host delivers horrific rant against immigrant kids: ‘A lot of them turn into MS-13’ 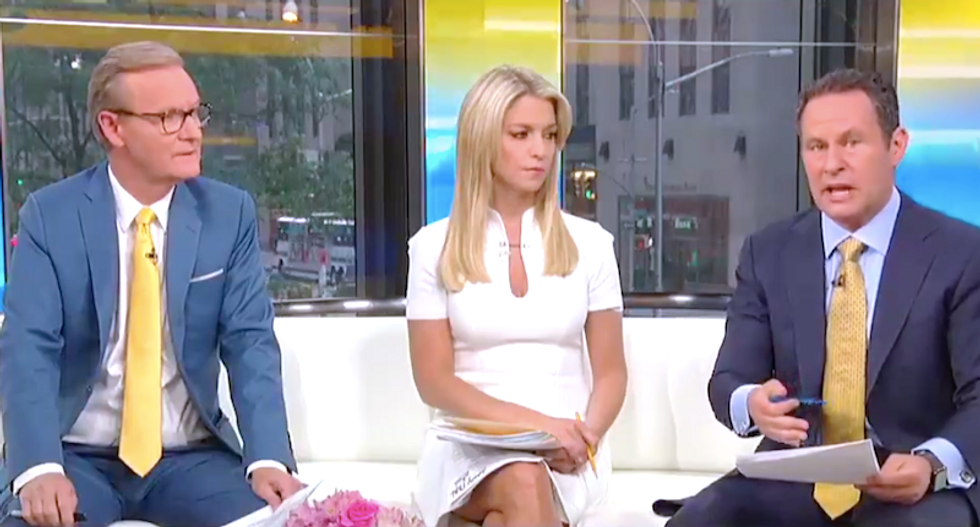 Fox News host Brian Kilmeade described immigrant children as burdensome and potentially violent as he defended the Trump administration policy to break up migrant families at the border.

"Jeff Sessions says they are not being abused," Earhardt said. "He says the conditions are good. He says we spent $1 billion last year, your taxpayer dollars to make sure these kids are safe."

Kilmeade took the baton from there, and rattled off a series of statistics, dismissive statements and inflammatory claims to rally viewers behind President Donald Trump and his policy.

"Just get these numbers straight," he said. "Separation is the issue first ladies past and present weighing in saying they are upset -- 68 percent of independents are not for the separation and 91 percent of Dems and most Republicans. I get it, figure out a way to keep parents and children together."

He claimed 30,000 children would flood across the border by August, and he argued the U.S. could not afford to care for them.

"As Nancy Pelosi steps over the homeless in San Francisco to hop on the plane to go to the border to have her heart bleed for people from other countries that are coming here, understand we are $20 trillion in debt," Kilmeade said. "We have classrooms that are overrun, we have teachers buying their own supplies. These kids come in -- fantastic, Oprah Winfrey, I'm glad you are upset about it."

Kilmeade carried on at a fever pitch.

"So, the bottom line is," he continued, "the thing is, these kids are coming across, you don't have to vilify somebody. You have to solve the issue."

Earhardt and co-host Steve Doocy agreed the parents were to blame for bringing or sending their children into the U.S., and all three hosts agreed the real victims of the unpopular policy were the Border Patrol agents enforcing the Trump order.

"You have to put the blame on the parents," Earhardt said. "They are choosing to enter between the ports of entry. They know they will be separated, but they want to blame the government when we are forced to do that. Let's put the blame where it lies, not on the fine men and women of Border Patrol."

"I feel bad for the Border Patrol," Kilmeade agreed.