GOP strategist struggles to defend Trump lies on Russia meeting: ‘Nobody thinks this is awesome’ 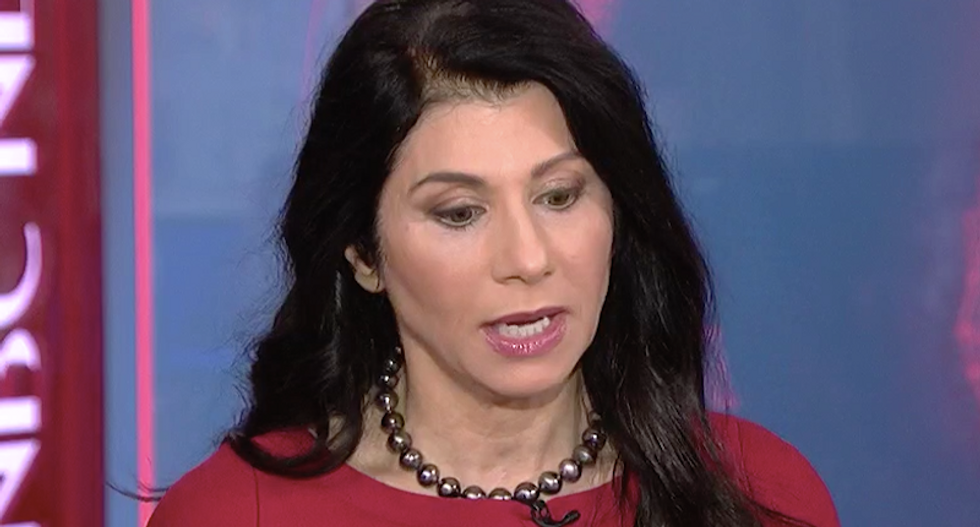 A downcast Republican strategist struggled to defend the shifting stories coming out of the White House about President Donald Trump's involvement in a misleading statement covering his son's meeting with a Russian lawyer.

Noelle Nikpour appeared Tuesday morning on "MSNBC Live with Stephanie Ruhle," where she discussed the witness tampering allegations against former Trump campaign chairman Paul Manafort -- who she wrote off as a "bad actor."

"It sounds like Paul Manafort breaking away from the campaign was really doing his own side deals and was a bad actor from the beginning," Nikpour said, "and was probably going to use the Trump campaign and if elected the Trump presidency to cut a whole bunch of -- a slew of other deals."

Ruhle asked if she meant Manafort was a straight-up criminal or a bad actor "like the cast of Mall Cop."

"Yes, Stephanie, if you want me to go out there and say criminal -- he's a bad dude, he's a bad actor and he's a criminal," Nikpour conceded.

Ruhle asked what wealthy Republican donors thought about the shifting explanations about Trump taking part in a misleading statement under investigation by the special counsel as possible obstruction of justice.

"Well, you know, it's a very difficult position," Nikpour stammered. "I'm not going to lie to you and say this is awesome and we're all drinking the Kool-Aid."

Nikpour struggled to justify the shifting explanations, and conceded only that the apparent dishonesty was nothing but "bad optics."

She admits that she didn't feel good about relaying GOP talking points on TV shows.

"So I think what it is is the fact that as a Republican, as somebody that's representing the Republican talking point, as somebody who comes on these shows, when you present this, it's not good," Nikpouor said. "I'm not going to sit up here and say, well, that's okay -- it was all a big mistake. Your viewers aren't going to buy that, I'm going to get hammered."