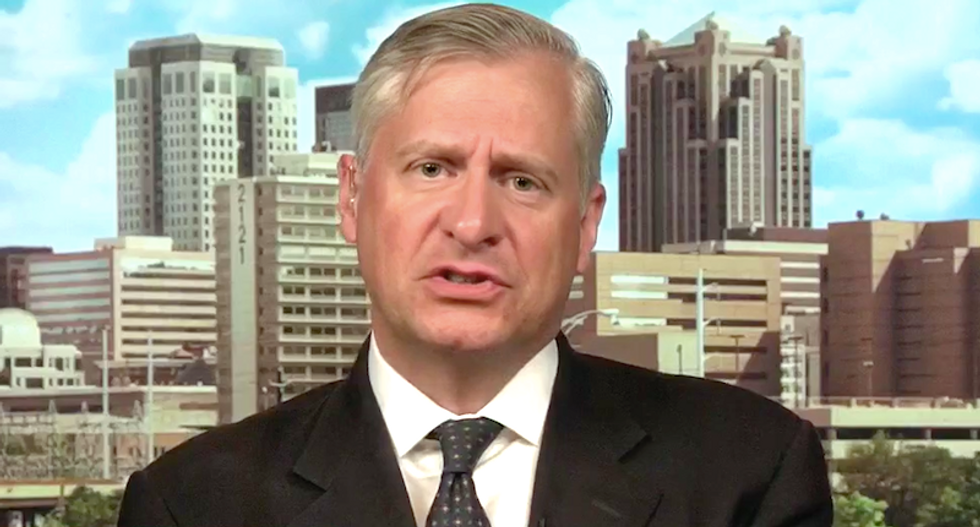 Presidential historian Jon Meacham tapped the brakes on calling the Trump-Kim summit "historic," because he's not sure it will make any difference in the long term.

President Donald Trump and North Korean leader Kim Jong-un met in Singapore and signed a vague four-point agreement that calls for eventual denuclearization of the Korean Peninsula in exchange for the lifting of sanctions and an end to joint U.S.-South Korea military exercises.

"Just because something hasn't happened before, doesn't mean it's historic," Meacham told MSNBC's "Morning Joe." "That's one thing. I think when you call something historic it means it has a good chance of having lasting implications, and I think it's very unclear, at least to my layman's eye, that this does that."

"The other question, and this is a direct historical point, is negotiating with nation states that have some accountability within their body politic is a different thing from negotiating with dictators," Meacham said.

"I think if we didn't learn anything else from the 1930s," he added, "I think we learned that happy summitry, empty words, potentially empty words, and lots of flags and lots of ceremony, don't necessarily lead to the consequences we hope for, so I think a dose of healthy, healthy skepticism is important. This is the kind of thing that would ordinarily cap a long process, not begin one."

Trump was concerned Ivanka would have to wear a burka if they invited the Taliban to Camp David: new book

One of the more surprising scandals in the final years of Donald Trump's administration was his agreement with the Taliban to withdraw from Afghanistan. The agreement outlined specific dates and timelines. It was going to be a big, photogenic ceremony, New York Times reporter Maggie Haberman wrote in her new book "Confidence Man."

"To facilitate a permanent withdrawal of American troops from Afghanistan, Trump’s secretary of state, Mike Pompeo, had pursued a peace agreement with the country’s Taliban insurgency," the book described.

Gingrich spoke up for the Georgia candidate a day after The Daily Beast reported that Walker had funded an abortion for a woman he was dating.