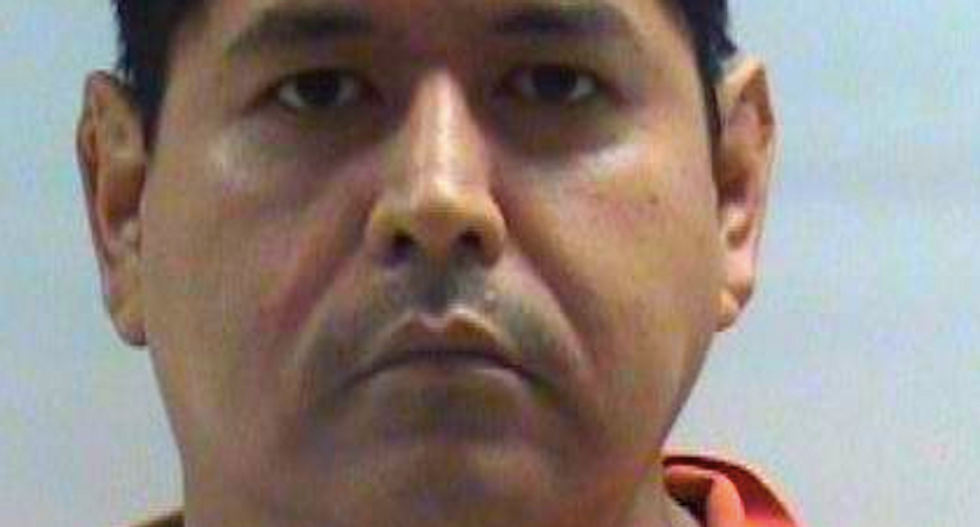 The nonprofit Southwest Key organization hired a former Border Patrol agent to work with immigrant children despite a previous arrest for child pornography.

Ernesto Padron resigned from the government agency in 2010 after his arrest, but he was hired last year to work at the Casa Padre shelter where boys 10-17 are being held, reported Texas Monthly.

He was arrested in 2008, after an undercover FBI sting, for alleged possession of child pornography, a second-degree felony, according to publicly available criminal court records in Cameron County.

Prosecution of the case stalled under then-district attorney Armando Villalobos, who was indicted on corruption charges in 2010 and was eventually convicted and sentenced to 13 years in prison.

Current Cameron County district attorney Luis Saenz reviewed the backlog of cases after taking office in 2013 and found the statute of limitations for Padron's charges had expired, and the case was dismissed.

A spokeswoman for Southwest Key blames that prosecutorial dysfunction for Pardon's hiring and access to unaccompanied minors held at Casa Padre.

“In our hiring, extensive background checks are conducted on applicants; however, because Mr. Padron was not convicted of the charges you referenced (or any other disqualifying criminal charges), he was cleared for employment,” said Southwest Key spokeswoman Lizzie Chen. “When we became aware of Mr. Padron’s situation, he was immediately suspended, and he never worked at our shelter again.”

Padron's arrest was heavily covered by local and national media, and his criminal records remain online, so even a cursory web search of his name should have turned up his background.

Regulators have cited Southwest Key in the past for failing to properly check the backgrounds of other employees at Texas shelters.

One shelter in Combes was cited twice, in June 2016 and February 2018, for failing to submit required information for a background check renewal in a timely manner.

Inspectors found at another shelter two years ago in Houston that two employees had not been checked through the State Child Abuse and Neglect registry, and Southwest Key also failed to renew background checks for five other employees.

Six employees at a Montgomery County shelter had their background checks renewed late in 2016, and inspectors last year found a caregiver with access to children had failed a pre-employment drug test.

"Southwest Key is federally contracted to run child immigration shelters by the Office of Refugee Resettlement, which is a program of the Administration for Children and Families (ACF), which falls underneath the larger umbrella of the U.S. Department of Health and Human Services," the magazine reported.