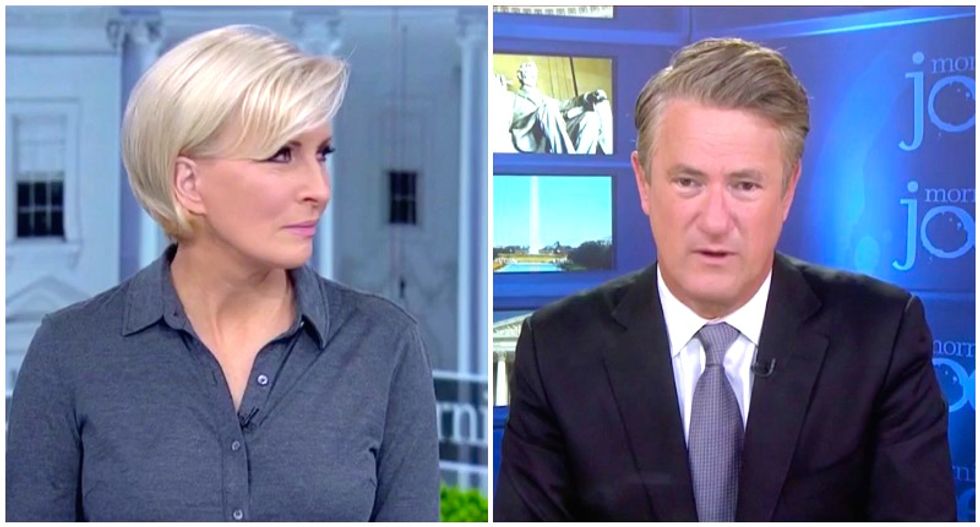 "I don't believe Mrs. Trump has ever discussed her thoughts on anything with Mr. Giuliani," East Wing communications director Stephanie Grisham said in a statement.

Scarborough said the first lady's terse statement crushed Giuliani and signaled just how wrong he was to speak for her.

"There is a way to just swat away questions and politely answer questions, and then there's a way to get into your monster truck and drive over a little car and crush it and go back," Scarborough said. "Her spokesperson didn't have to respond. Instead, not only did they respond, but they also said of Rudy Giuliani's claim that she doesn't believe Donald Trump had a relationship with Stormy Daniels, 'I don't believe Mrs. Trump has ever discussed her thoughts on anything with Mr. Giuliani.'"

"The sound that you hear is the monster truck crushing and compacting the little Datsun four or five times," he added.

Geist read between the lines in the statement and found that it clearly indicated that Melania Trump does believe her husband had a sexual relationship with Daniels, who he paid $130,000 in hush money through attorney Michael Cohen.

"It's not just her saying, 'I don't speak to Rudy Giuliani nor have I ever spoken to him about anything,'" Geist said. "It's that 'what he said from Tel Aviv from the stage is not something I've ever said.' Rudy Giuliani said she doesn't believe the accusations. What I read is, 'Don't speak for me, Mr. Giuliani, especially when it comes to my marriage and what I believe my husband may or may not have done.'"

"Every once in a while a smoke signal kind of comes up from the first lady and her office, where you see kind of how she really feels about things, and that was an awfully big one," he added.