Morning Joe shreds Rudy Giuliani’s ‘idiocracy’ lies about Mueller and the FBI: ‘Making a fool of himself’ 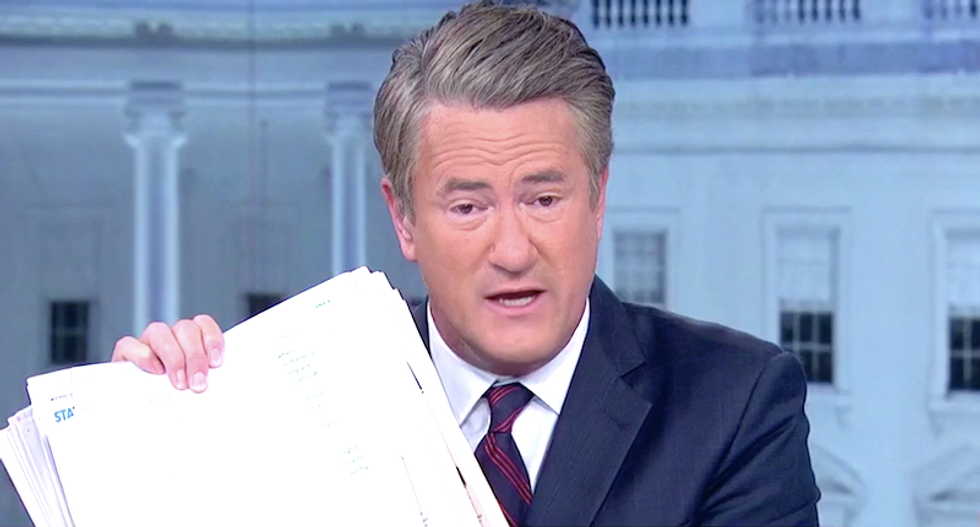 The president's lawyer appeared Thursday night on Sean Hannity's Fox News program, where he insisted Robert Mueller's investigation should be called off the following day -- when former campaign chair Paul Manafort was expected to be jailed and longtime Trump Organization attorney Michael Cohen could be arrested.

The "Morning Joe" host listed the growing number of indictments against the president's campaign associates -- which includes five guilty pleas -- and more than a dozen Russians in connection with 2016 election interference to aid Trump.

"I don't know who is stupid enough to listen to Rudy Giuliani and believe Rudy Giuliani," Scarborough said. "But I'm asking, if you are stupid enough to believe that, ladies and gentlemen, then I'm going to ask Mike Judge to get your phone number and cast you in 'Idiocracy 2.' Because I don't believe there's anyone that stupid."