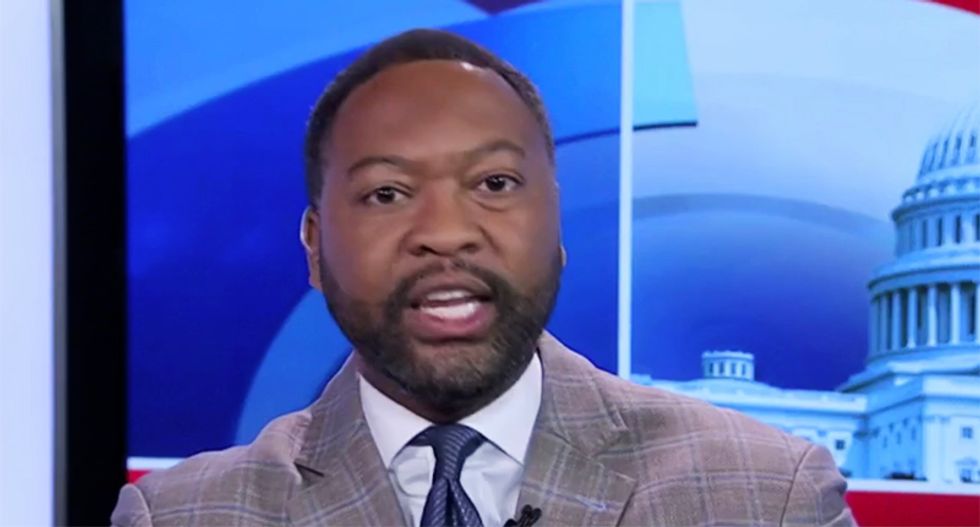 Appearing on MSNBC on Sunday afternoon, a Democratic strategist rained holy hell on one of President Donald Trump's close advisers for using the expression "you're out of your cotton-picking mind" when arguing with a black guest on Fox News earlier in the morning.

"There's been a lot of talk after that interview that you probably have seen that the use of that term -- that racially offensive term, 'cotton-picking' that was used for that African-American guest," host Liu said after running the Fox News clip. "How should we take this? What did you see in that exchange?"

"This is the worst of the worst, Richard," Calloway tersely replied. "Let's be clear: I do a lot of Fox News. As a matter of fact, they called me to do the segment that the gentleman did this morning -- that very easily could have been me."

"There's no excuse," he continued as he heated up. "Fox News has intentionally fostered and festered and been allowed to cultivate a culture of pure racism. We're beyond calling it dog whistles or rhetoric -- it's racial: 'cotton-picking.' You know what? I'm from Alabama and my people picked cotton so I could have the opportunity to sit here in a suit and talk about politics."

"Forgive me because I'm not comporting myself as professionally as I would like to right now, but this is so far beyond the pale of anything that we should find acceptable in the American discourse today," he lectured. "I just -- there's no excuse, there's just no excuse for Fox News. There's no excuse for these milquetoast Republicans, along the rank and file of elected office who lead people in this country, not completely repudiating this nonsense."

"Yes, my people picked cotton and I'm very proud of it because me and my son don't have to because they did. Shame on Bossie and shame on President Trump! I'm sorry, Richard, I've got nothing, man--  it's unbelievable," he concluded .