MSNBC's Lawrence O'Donnell sums up Trump-Kim summit issues: 'This is the problem of two liars walk into a room' 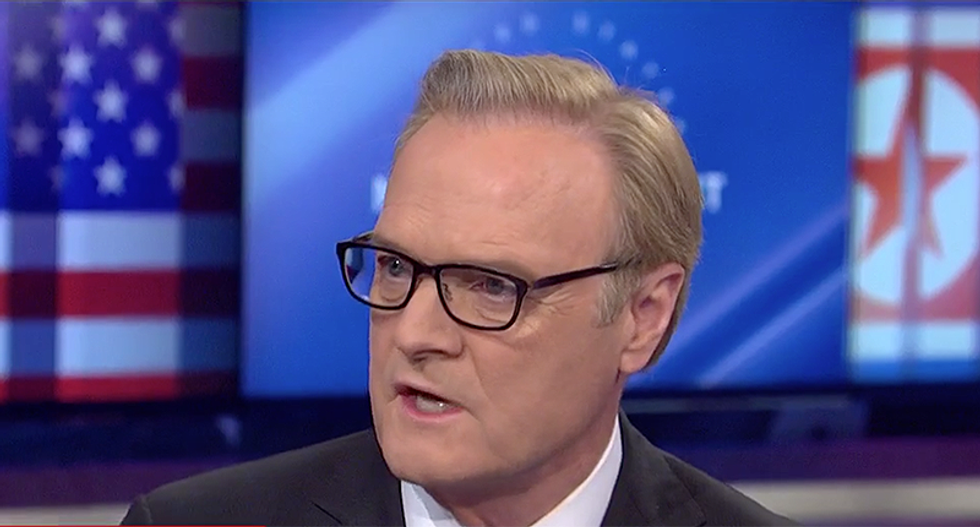 MSNBC host Lawrence O'Donnell explained Monday evening that there is a growing list of concerns and problems with the summit in Singapore between President Donald Trump and Kim Jong-un.

Former Deputy National Security Advisor Ben Rhodes pointed out the concern with there not being notetakers to prove what was said. MSNBC hosts Rachel Maddow and Nicolle Wallace explained that both of these men have a long history of lying. It was O'Donnell, however, who perfectly captured it into a tongue-and-cheek joke.

"This is the problem of two liars walk into a room," he began during the panel discussion Monday. But he turned  more serious. "And they close the door -- they spent less time than the president predicted they would by the way. It was less than the 45 minutes. So, we will, in fact, never know. History will never know."

He then harkened back to Rhodes' concerns over the lack of a notetaker to verify what was promised or even discussed during the meeting.

"The idea that no one was taking notes is -- certifies for history we will never know," he said. "The translators are so intensely involved in literally that job of translating and saying as quickly as possible what the other person just said, and saying it in accessible language to the person they're speaking. To ask them after the fact what was said is the closest you can come to getting something accurate."

He went on to explain that any person who has attended such a meeting, indeed any meeting, understands it is impossible to remember everything that is said between the people present.

Listen to the full conversation between the panelists below: