A new world is dawning, and the US will no longer lead it 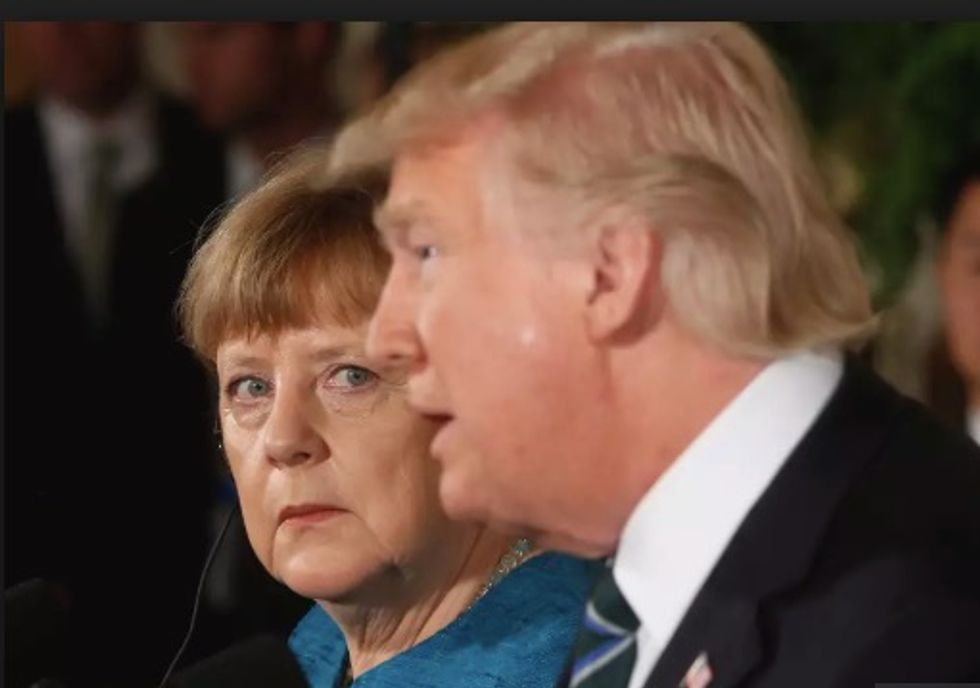 From pulling out of treaties to denigrating allies to starting trade wars, the impulsive actions of President Donald Trump are upending the international order that has been in place since the end of World War II.

But even before Trump’s belligerent foreign policy positions, America had been gradually losing its dominant role in world affairs.

A power shift among the nations of the world began at the end of the Cold War and has been accelerating this century.

It is not as simple as saying “America is in decline,” since America remains a powerful country. But American global power has been eroding for some time, as I argue in the Foreign Policy Association’s “Great Decisions 2018” volume. The power of other countries has grown, giving them both the ability and the desire to effect global affairs independently of U.S. desires. 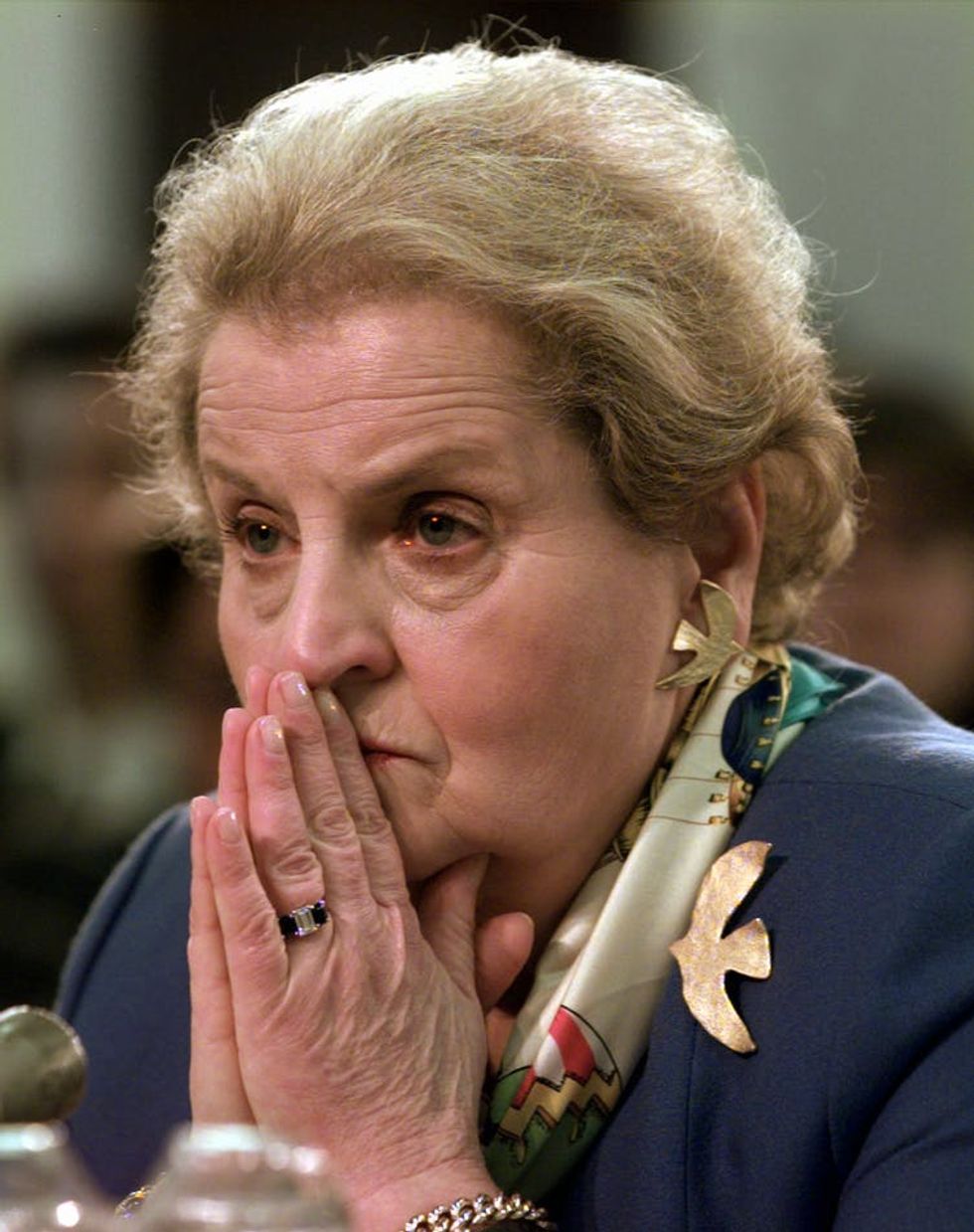 Secretary of State Madeleine Albright: ‘We are the indispensable nation.’

I am a foreign policy scholar and practitioner who has studied U.S. foreign policy through many administrations. I believe this global trend spells the end of the “exceptional nation” Americans imagined they were since the nation was founded and the end of the American era of global domination that began 70 years ago. We are no longer the “indispensable” nation celebrated by former Secretary of State Madeleine Albright at the end of the last century.

Since the end of WWII, the U.S. has been the central player in the international system, leading in the creation of new international organizations like the United Nations, NATO, the International Monetary Fund and the World Bank.

American diplomacy has been essential to multinational agreements on trade, climate, regional security and arms control. Americans could and did claim to be at the center of a “rules-based international order.”

Those days are gone.

Not only do China and Russia contest America’s global role, a growing number of other countries are asserting an independent and increasingly influential role in regional economic and security developments.

Neither American political party has come to grips with this sea change. Until they do, U.S. global actions are likely to be less effective, even counterproductive.

The power shifts are increasingly visible. In the Middle East, the U.S. hoped for decades to isolate Iran as a pariah and weaken the regime until it fell.

Today, that goal is unimaginable, though national security adviser John Bolton continues to imagine it.

Iran is and will remain an increasingly assertive and influential power in the region, defending and promoting its interests and competing with the Saudi regime.

The Russians are in the Middle East region for good, building on their long-standing relationship with the family of Syria’s dictator.

Turkey, a rising regional power, acts increasingly independent of the preferences of the U.S., its NATO ally, playing its own hand in the regional power game.

The U.S. helped unleash these trends with the strategically fatal invasion of Iraq in 2003 – fatal, because it permanently removed a regional leader who balanced the power of Iran. The failure to create a stable Iraq stimulated regional religious and political conflicts and rendered ineffective subsequent U.S. efforts to influence current trends in the region, as the continually ineffective policies in Syria show. 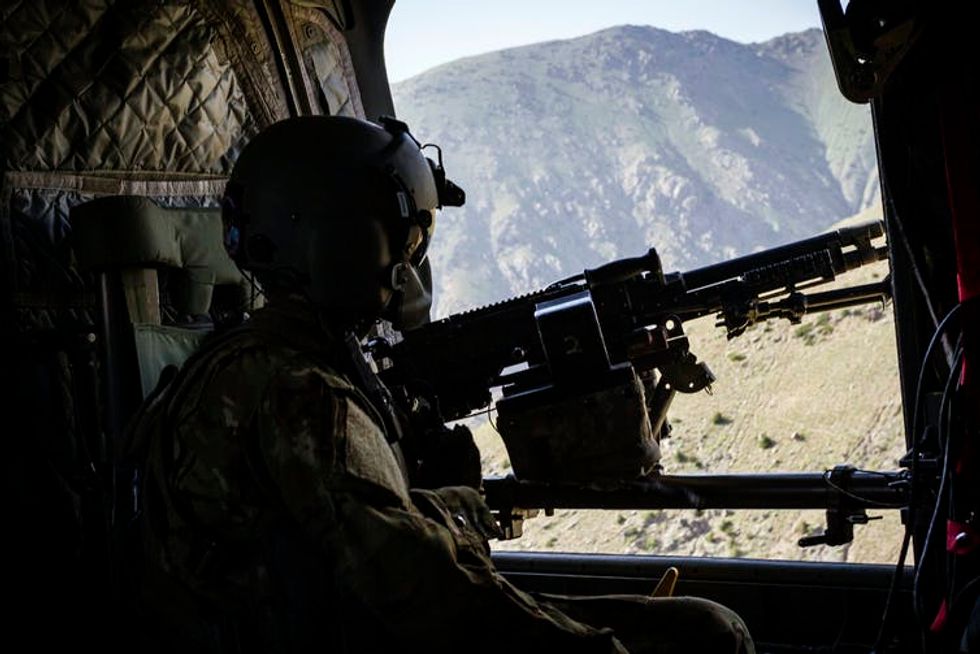 In Asia, decades of U.S. condemnation and efforts to contain the rise of Chinese power have failed. An assertive China has risen.

China now plays almost as powerful a role in the global economy as the U.S. It has defended an authoritarian model for economic growth, armed artificial islands in the South China Sea, and built a military base in Djibouti. China has created new multilateral organizations for security discussions and one for infrastructure loans, which the U.S. declined to join. It has developed a global lending program – the Belt and Road Initiative – and has stepped into a stronger global role on climate change. And China is spreading its political and economic influence into Africa and Latin America.

The U.S. cannot slow Chinese economic growth nor contain its power. China is changing the rules, whether the U.S. likes it or not.

Elsewhere in Asia, Japan moves toward a renewed nationalism and has removed restrictions on its defense spending and the deployment of its military in the face of growing Chinese power.

North Korea behaves more and more like a regional power, winning a direct meeting with the U.S. president while making only a general commitment to denuclearize. The prospect of a unified Korea would bring into being another major regional power center in the Northern Pacific.

Other countries, like the Philippines and Australia, hedge their bets by improving bilateral relations with China. And India is a growing economic and military presence in the Indian Ocean and Southeast Asia.

Nor will the U.S. contain the rise of Russia, whose government poisons its citizens overseas and kills dissenters at home. At the same time, Russia is rebuilding its military and intruding in others’ elections. The Russian regime is threatening its near neighbors and actively engaging in the Middle East.

President Vladimir Putin asserts Russia’s interests and role in the world, like any other great power. Russia is consciously and actively rebalancing the power of the United States, with some success.

Military power, the American global trump card, is not as useful a tool as it once was.

While the U.S. continues to have the world’s only global military capability, able to deploy anywhere, it is no longer evident that this capability effectively sustains U.S. leadership. Clear military victories are few – the Gulf War in 1991 being an exception. The endless U.S. deployment in Afghanistan carries the whiff of Vietnam in its inability to resolve that country’s civil war.

Meanwhile, the militaries of other countries, acting independently of the U.S., are proving effective, as both Turkish and Iranian operations in Syria suggest.

The transition to this new era is proving difficult for American policy-makers.

The Trump “America First” foreign policy is based on the view that the U.S. needs to defend its interests by acting alone, eschewing or withdrawing from multilateral arrangements for trade, economics, diplomacy or security.

In response, allies distance themselves from the United States. Others are emboldened to act in an equally nationalistic and assertive way. 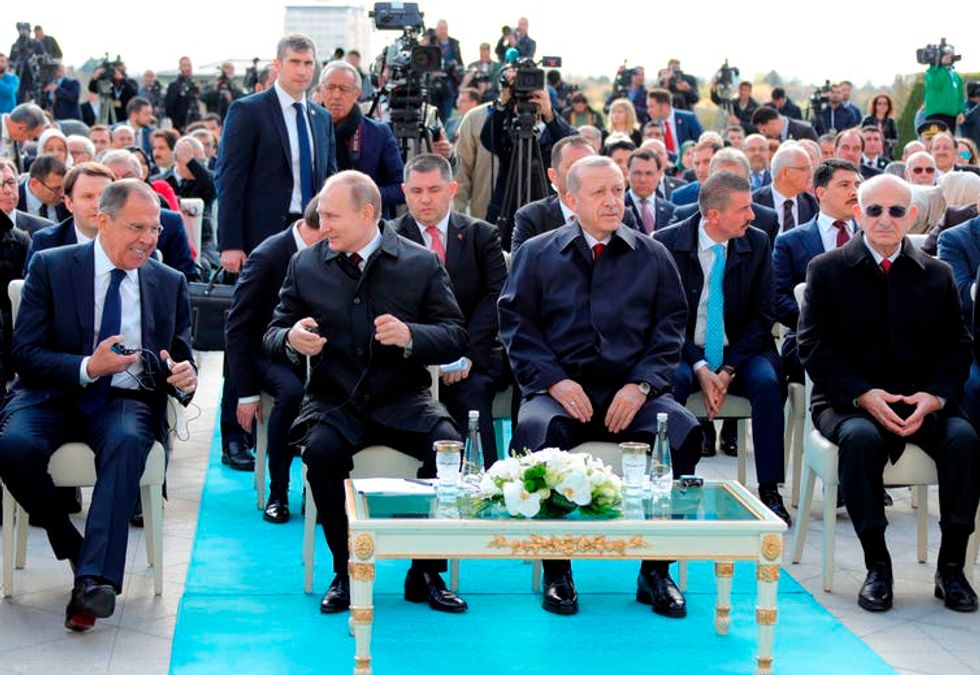 The leaders of Russia and Turkey are strengthening ties.

Liberals and many Democrats criticize Trump for alienating traditional allies like Canada, France and Germany while befriending dictators. Policy-makers once critical of confrontational policies now condemn Trump for failing to confront Russia and China.

A different president in Washington, D.C., will not restore the “rules-based” international order. The underlying changes in global power relations have already undermined that order.

A neo-conservative foreign policy, featuring unilateral American military intervention, as favored by John Bolton, will only accelerate the global shift. Liberal internationalists like Hillary Clinton would fail as well, because the rest of the world rejects the assumption that the U.S. is “indispensable” and “exceptional.” Barack Obama appeared to recognize the changing reality, but continued to argue that only the U.S. could lead the international system.

America will need to learn new rules and play differently in the new balance-of-power world, where others have assets and policies the U.S. does not and cannot control.