Revealed: Officials worried Parkland gunman would shoot up the school -- ‘All the signs were there’ 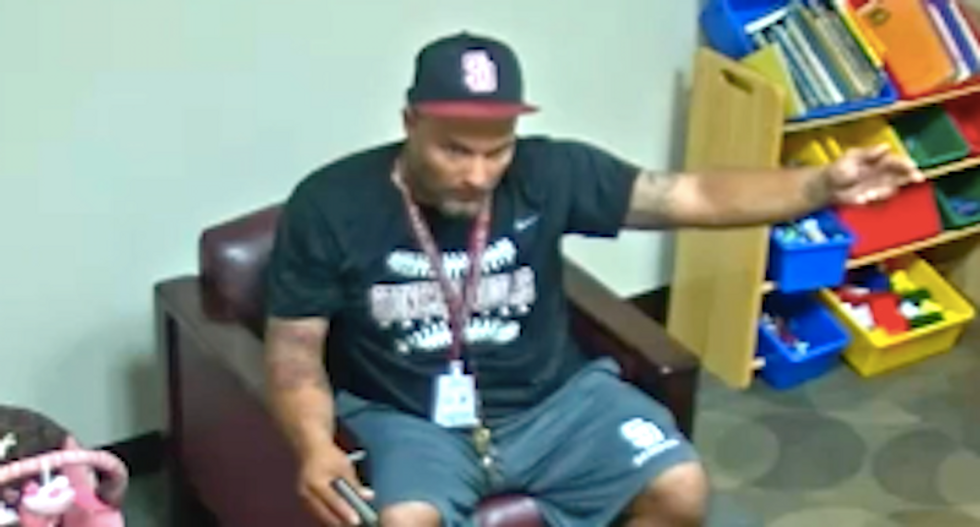 A campus security guard spotted the Parkland shooter in the moments before the massacre and instantly recognized the threat posed by the former student.

Andrew Medina, a baseball coach and campus monitor at Marjory Stoneman Douglas High, told investigators he saw the accused shooter get out of an Uber and walk directly toward the school, and he immediately alerted security guards inside the building, reported the Miami Herald.

“He's beelining," Medina said in a recorded interview with Broward County Sheriff’s Office investigators. "He's got his head down, he's on a mission.”

Medina said the accused shooter, Nikolas Cruz, saw his golf cart and ran into the building before he could catch up -- and he heard gunfire less than a minute later.

“After the first bang, I heard at least 15 bangs,” Medina said.

The campus monitor said the other security guard inside the building saw Cruz go inside and hid in a janitor's closet when the gunfire began.

“Now I really wish I would have stopped him before and we would have saved all this," Medina said, "but it really wasn't nothing I could do about that.”

Medina said school officials recognized Cruz as a potential threat due to his bizarre and menacing behavior before he was removed from the school due to behavioral issues.

The former student wore a camouflage mask to scare classmates and wrote "666" and a swastika on his backpack, and he would hide behind poles and jump out to scare passersby.

"All the signs were there, so they, they got rid of him," he added.