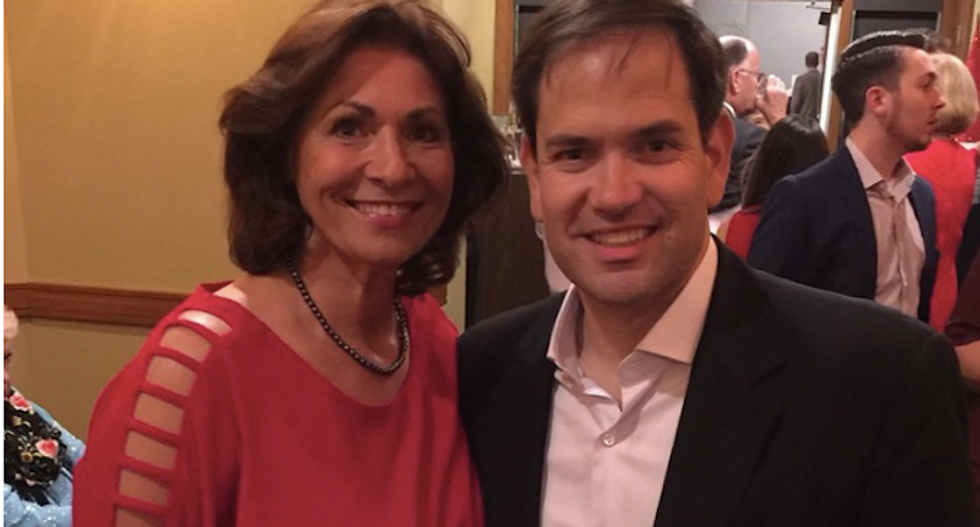 Susan Goldstein, who served as Florida state representative for western Broward County from 2004 to 2006, took to Facebook after the Roseanne scandal and compared President Obama to a cartoon monkey, reports the Miami New Times.

First, she denounced the double standard in the public discourse that allows comedians to compare Donald Trump to an orangutan, but slams Roseanne Barr for comparing Valerie Jarrett, a black woman, to an ape. Then she brought former President Barack Obama into it.

"And I truly think Obama resembles the Curious George cartoon, who I think is an adorable character," Goldstein wrote on Facebook. "Curious George that is. That is what my eyes see. And I am not racist, and there is not mean-spirited intent in my observation. But I can't say it. Double standard."

A reporter for New Times prompted Goldstein to elaborate. Her response was, "this is why people hate the press."

Nevertheless, she doubled down. "I believe there is a double standard," she told New Times. "All I was trying to say is that I don't get why this 'comedian excuse' works for some and not others," she said.

"I saw Wanda Sykes compare Donald Trump to an orangutan. Didn’t we all evolve from apes? Isn’t that what the evolutionists agree that we all evolved from? So I don’t understand why it’s OK for a comparison to be made to an ape for white people but not blacks."

As the New Times reporter points out, the difference is that imagery and language referencing monkeys or apes has been used to dehumanize, maltreat and murder black people for centuries. The same is not true of wealthy white businessmen.