Rudy Giuliani had an affair with a hospital worker -- while he was still married: report 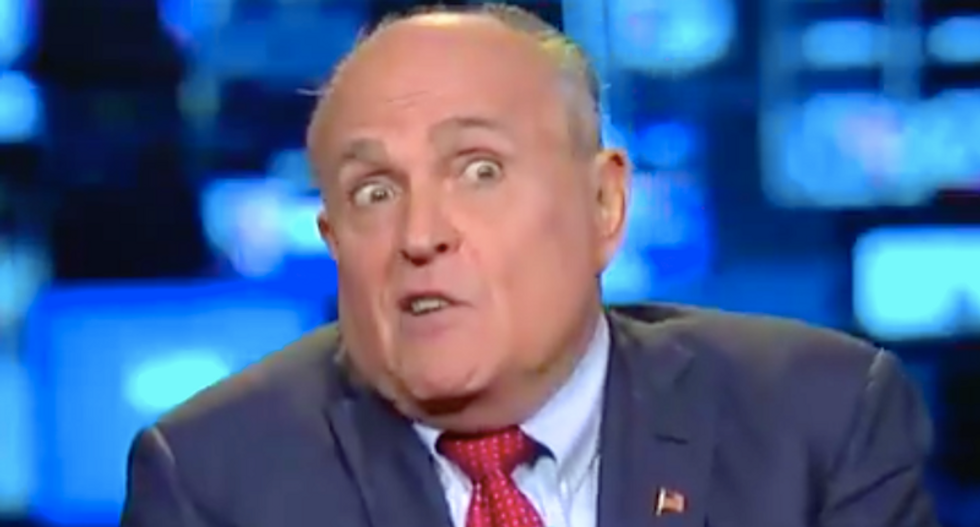 President Donald Trump's outspoken lawyer Rudy Giuliani had an alleged affair right before his wife of 15-years filed for divorce, according to Page Six.

Giuliani, 74, had an alleged affair with Maria Rosa Ryan, 53, who is married to an ex-marine. The two were spotted at a resort in late March. Giuliani was touring the hospital that Ryan runs to learn more about the institution's cybersecurity program.

The two were spotted strolling through the Mountain View Grand Resort and Spa in New Hampshire shortly after his tour of the hospital. The two had dinner and according to the waitress Ryan “went back to his room with him.”

“We were all surprised because he is really getting on in years, and she was quite a bit younger than him. We were all like, ‘Hmmm,’ ” the server said.

Giuliani admitted he knew Ryan, but denied having a sexual relationship with her.

“I do know Dr. Ryan. She is a friend of mine, so is her husband Bob. She’s a PhD and a very, very fine woman,” he said. “I never spent the night with her. There’s no proof. There can’t be because we never did anything.”

Giuliani’s divorce lawyer, Faith Miller, did not respond to requests for comment.

A 24-hour walkout by railway staff in Britain on Saturday was set to create severe disruption as strikes resumed following the mourning period for Queen Elizabeth II.

Members of four trade unions kicked off the action after workers halted work stoppages following the death of the queen on September 8.