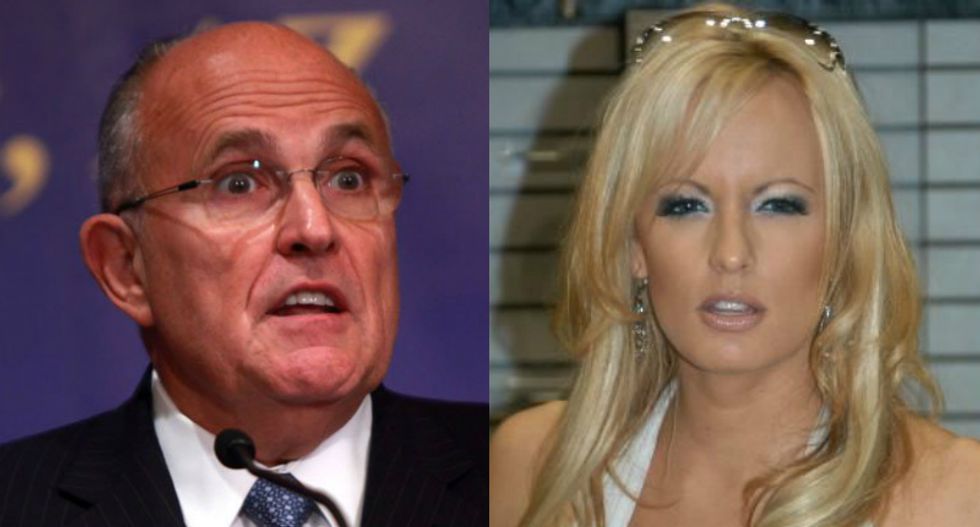 Former NYC mayor and current presidential attorney Rudy Giuliani has doubled down on his attacks against Trump mistress Stormy Daniels for working in adult films.

"If you're involved in a sort of slimy business, (that) says something about you -- says something about how far you'll go to make money," Giuliani told CNN Thursday. The comments came after he said he "respects women" on Wednesday, but refuses to respect Daniels because she "sells her body for sexual exploitation."

The New York Times' Maggie Haberman noted on Twitter that Giuliani's comments about sex work aren't just an example of him "trashing Daniels for Trump," and that he spent his "early mayoralty closing down sex shops in NYC."

Giuliani argued that Daniels is "not just generally un-credible," but that she's "un-credible from the point of view of wanting to get money."