Samantha Bee: If you think GOP will find a fix for 'pre-K prisons' on the border 'don't hold your breath' 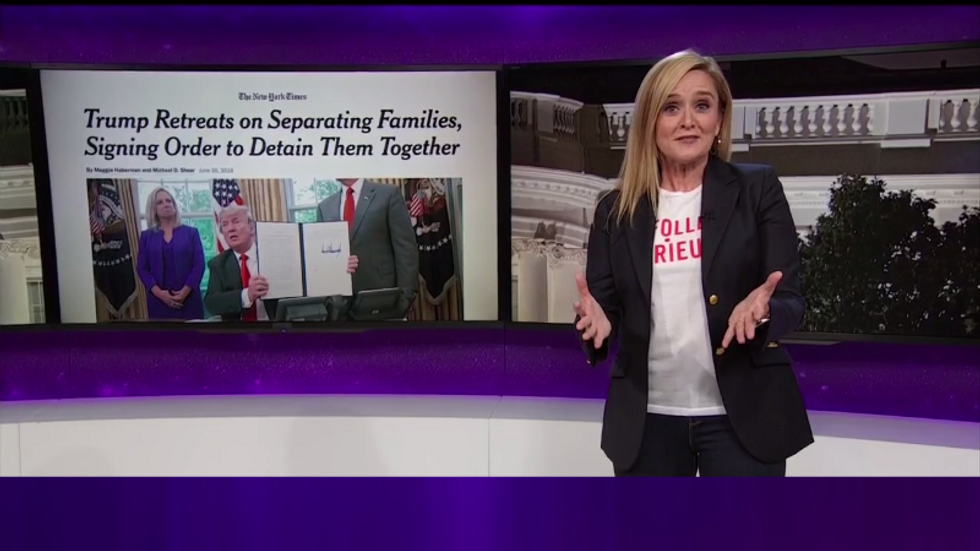 As a result of bipartisan criticism, President Trump signed an executive order saying that children will no longer be separated from their parents at the border.

However, the executive order lacks clarity on how the root of the issue will be solved, and how children will be reunited with their families.

Republican senator tweeted out solutions, but few of them pushed the country forward.

"If you're hoping that any of the  senator who opposed family separation, would come up with anything better... don't hold your breath," the Full Frontal host said.