'Who does she think she is, Rosa Parks?': Symone Sanders bashes Sarah Sanders for looking for sympathy after being harassed 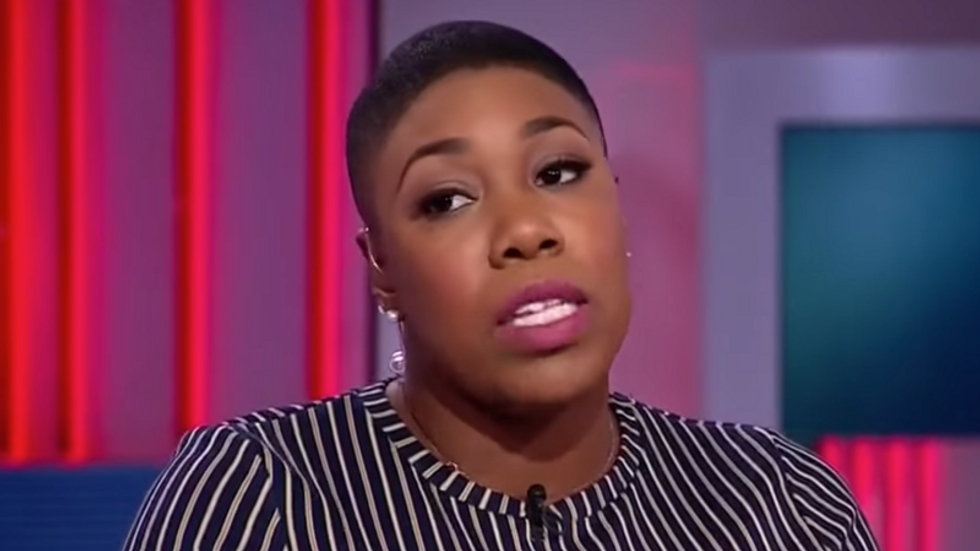 Stephanie Wilkinson, owner of the Red Hen, booted Sanders out of her restaurant on Friday evening. Wilkinson claims she made that uncomfortable decision in an effort to fight for and uphold moral standards.

During the White House press briefing Sanders attempted to call for unity and peace.

"Healthy debate on ideas and political philosophy is important, but the calls for harassment and push for any Trump supporters  to avoid the public is unacceptable," she said during Monday's briefing.

However, Political contributor Symone Sanders said she needed to check her white "privilege"

"I think Sarah Sanders thinks she's Rosa Parks in this situation and she's not. I don't want anybody coming up to me and putting me out the Shake Shack. I want to get my burger and fries in peace, but the folks calling for civility might need to check their privilege," Sanders said.

She continued: "Where is the civility in the press briefing room or at the border for the children? So the conversation is one-sided and skewed. I believe movements and people talking and speaking up about civil rights should be nonviolent, but not non-confrontational. If we waited for that, we might still be sitting at segregated counters. "