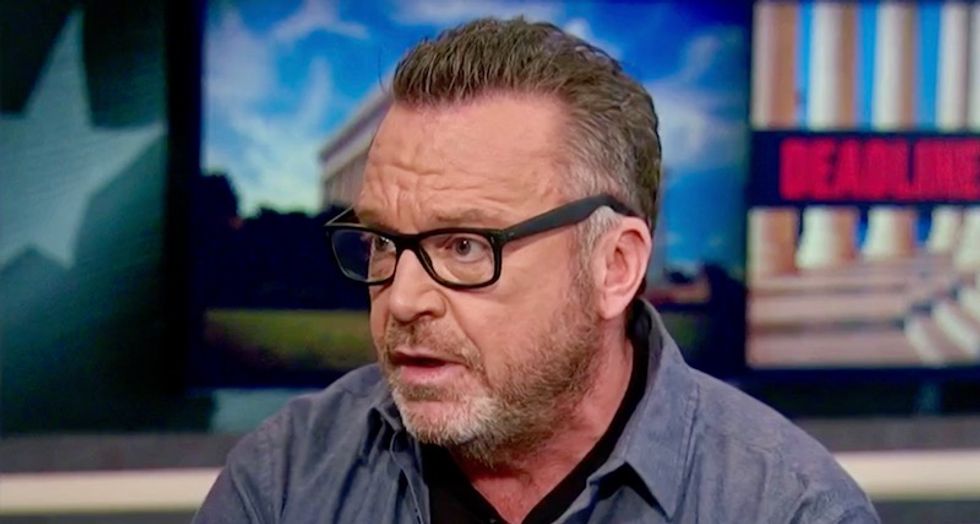 After meeting apparently with Cohen in Manhattan to discuss being on Vice Media's new television show "The Hunt for the Trump Tapes," Arnold posted a photo of them on social media.

Most recently, there was speculation Cohen might flip on President Trump after facing serious legal battles. Antony Michael Avenatti said the photo served as a warning to President Trump that Cohen may leak secret information.

After an interview with CNN's Poppy Harlow, Arnold said that he is spending the weekend with Cohen. He also claimed that Cohen discussed being on his show, and that they chatted about President Trump.

Cohen denied these claims on Twitter. "Appreciate Tom Arnold's kind words about me as a great father, husband and friend. This was a chance, public encounter in the hotel lobby where he asked for a selfie. [We are] not spending the weekend together, [and] did not discuss being on his show, nor did we discuss @POTUS," Cohen tweeted.

During his interview with Matthews, he said Cohen was just down playing their true relationship. "The real truth is I probably oversold it and he way undersold it. He's way underselling our relationship," Arnold said.