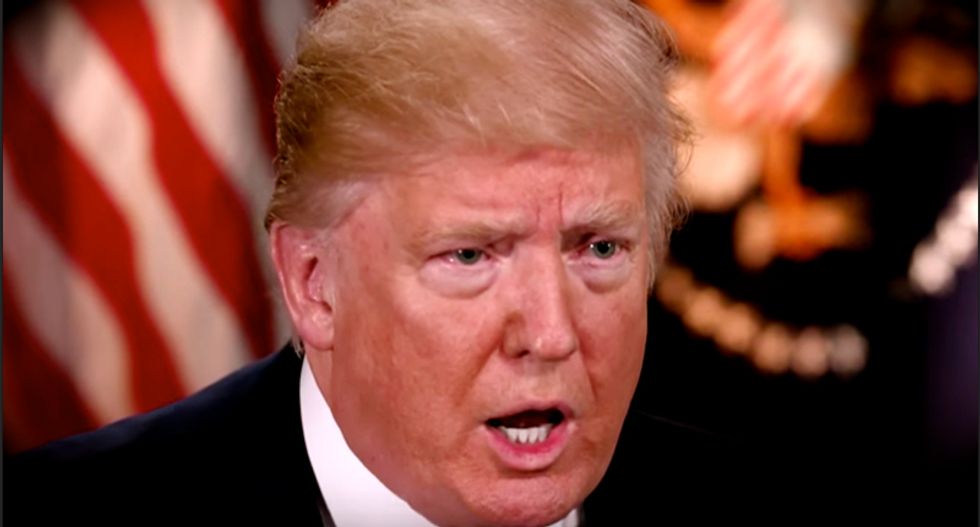 President Donald Trump complained about due process for immigrants accused of breaking U.S. laws in an early morning tweet.

The president griped again that more judges were needed to oversee immigration cases, although he vastly overstated the number.

"We shouldn’t be hiring judges by the thousands, as our ridiculous immigration laws demand, we should be changing our laws, building the Wall, hire Border Agents and Ice and not let people come into our country based on the legal phrase they are told to say as their password," Trump tweeted.

Thousands of children remain in immigrant detention facilities after Trump signed an executive order to halt his family separation policy.

The administration has given no indication when those children, some of whom are infants, might be reunited with their parents, or whether any such efforts will be undertaken.