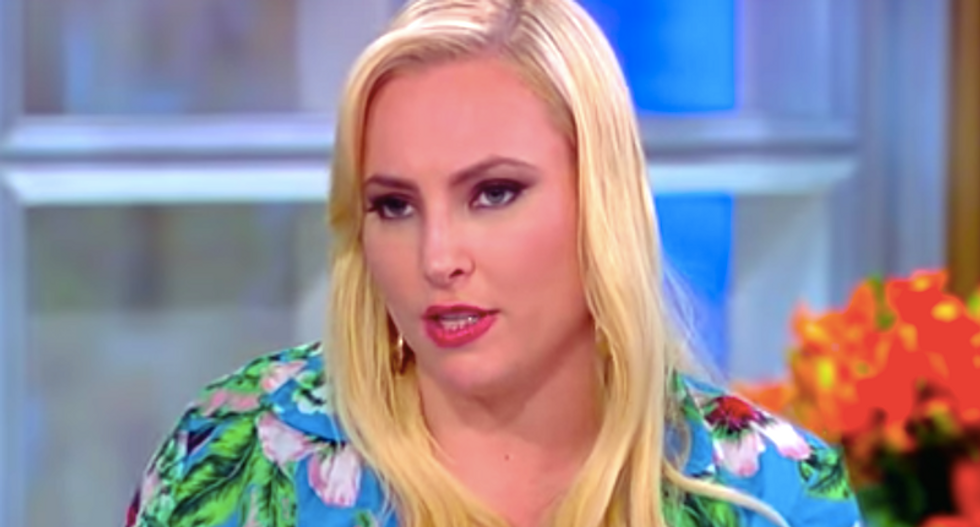 An apparent white supremacist won a Republican primary in Virginia, and "The View" host Meghan McCain is throwing herself a pity party.

Neo-Confederate candidate Corey Stewart won a Republican Senate primary this week, and he clashed Thursday night with CNN's Chris Cuomo over his racist past.

"It's an outrage that this idiot is even running for the Senate in this country," said co-host Behar said. "Who's he running against? Tim Kaine? He will lose."

Co-host Sunny Hostin complained that discussions about race were always dismissed as a card to be played, rather than a topic to be better understood.

"He's incapable of being ashamed of himself, just like a lot of people we know in this political system," Behard chimed in.

McCain agreed that Stewart would lose to Kaine, but she suggested the media was slandering the Republican Party by interviewing the right-wing radicals who keep winning GOP primaries.

"I for one am sick of the radical candidates being put up on cable news as some sort a representation of the party in its entirety," McCain said. "I know that he's running and it's fair, but it's exhausting for me to see people with Confederate flags behind them somehow representing my party."