WATCH: Black woman chases down teen who called her a 'n*gger' and forces him to explain himself to his mom 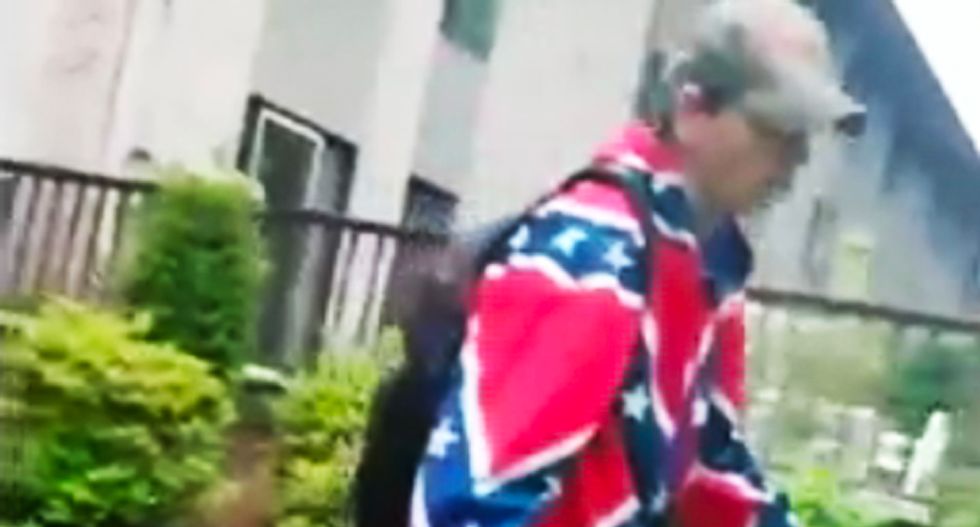 In video that was posted to Facebook -- and subsequently taken down -- a black woman chased down a white teen on a bicycle who had previously called her a "n*gger" and made him explain his racist comment on video so his mom could see it.

According to Atlanta Black Star, Facebook user “Ayo Henry” shared the video with the explanation that she spotted the youth by the side of the road wearing a Confederate flag hoodie and recognized him as someone who had slurred her.

In the video she can be heard yelling at the teen, “Hey you little sh*t. Remember that time you called me a n*gger?! Remember that?”

As the teen bolted, she continued, "Run, Forrest, run!” referencing the film "Forrest Gump," before adding, “Run you little white supremacist piece of sh*t. The n*ggers gonna get you!”

Confronting the teen who tried to not to look at her as he fiddled with his bike, she asked, "Who’s your mother?” and compelled him to apologize, with the teen explaining he called her the racist epithet because he was in a “bad mood” that day and had been "hanging out with the wrong people."

She then proceeds to lecture him, saying: “It still looks like you’re hanging with the wrong people. We’re all people. You understand that right? “I’m a mother, so you better take this as a lesson."

“I don’t know whose kid you are, but you need to come correct,” she added as the teen refused to look at her and stood staring at the ground.