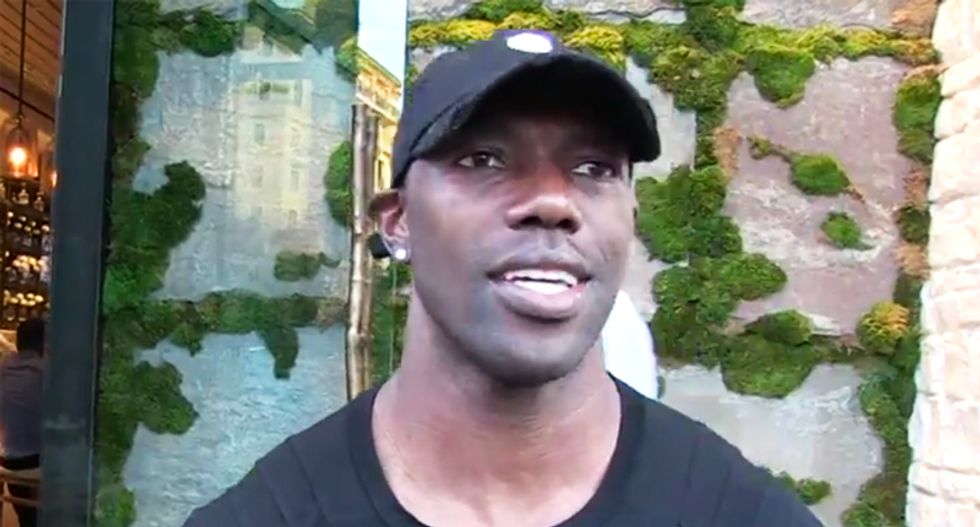 Former Philadelphia Eagle -- and "Celebrity Apprentice" contestant -- Terrell Owens had a blunt response to news that President Donald Trump rescinded an invitation to members of his former team to celebrate their Super Bowl LII victory at the White House on Tuesday, amusingly pointing out that no one wanted to go in the first place.

The outspoken former wide receiver -- who retired with the second most receiving yards in NFL history -- played for the Eagles between 2005-2006 after making his mark with the San Francisco 49'ers.

Owens was leaving a restaurant in Beverly Hills on Monday when he was accosted by a reporter for TMZ who asked him about the controversy that sent Trump off into a Twitter rage Monday night.

"T.O., you were an Eagle. Trump just pulled the visit, he uninvited the Eagles to the White House," Owens was asked.

"I'm sure it wasn't him uninviting the Eagles. I'm sure they didn't wanna go," Owens replied. "So, how does he uninvite people that didn't wanna go?! Come on dog, let's keep it real!"

"So he is going to have the Marine Corps band and the Army band as a replacements," Owens was informed, to which he first replied, "Who?" then applauded and added "Awesome," while smirking.