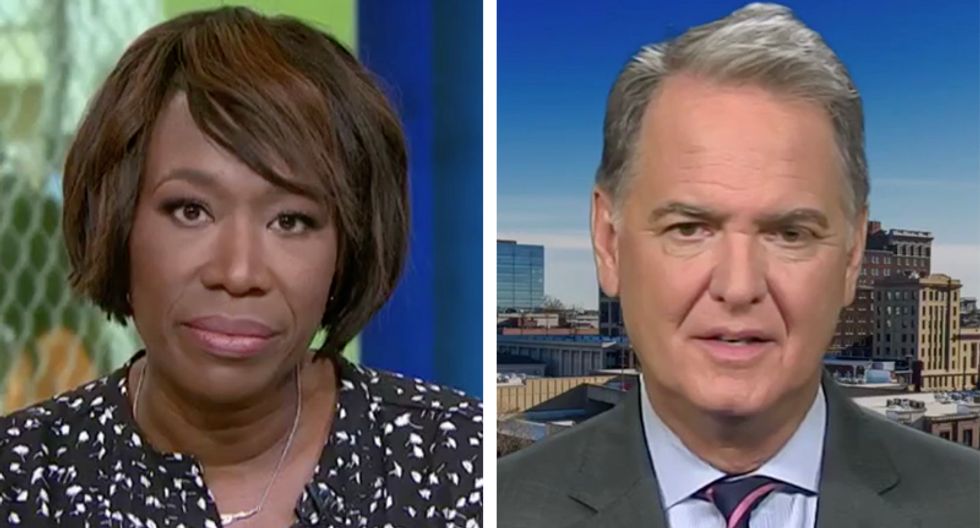 During a panel discussion on President Donald Trump's immigration policies, which have resulted in amnesty-seeking families being torn apart at the border and separated into detention camps, MSNBC host Joy Reid confronted an apologist for the president for defending the clearly racist attack on Latinos.

Speaking with guest Katon Dawson, the former chairman of the South Carolina Republican Party, Reid asked him why Trump is only interested in the amnesty seekers at the southern border and not Irish visitors who have overstayed their visas.

According to Dawson, Trump ran on immigration and won the presidency which justifies the crackdown at the border.

"Donald Trump tapped into the big message of illegal immigration that we have seen in two prior elections," he explained, before adding that shutting down America's "porous" borders makes for a better country.

"The reality is, Katon, this isn't about the rule of law," Reid replied. "This anti-immigrant fervor that we're seeing is among the Republican base, but like in Europe, wow, there is this sort of vehemence to it, this sort of callousness to it."

"This is ethnic, this is about demographic panic," she lectured. "This not about the rule of law. This about a vein in your part y that has a tissue rejection against a certain kind of immigrant."

As Dawson stated the policies are about immigrants who "are breaking into our country illegally," Reid cut him off.

"Do we see this kind of vehemence against the Irish who are overstaying their visas?" she pressed, noting estimates of over 50,000 Irish citizens still in the U.S. after they should have returned home.