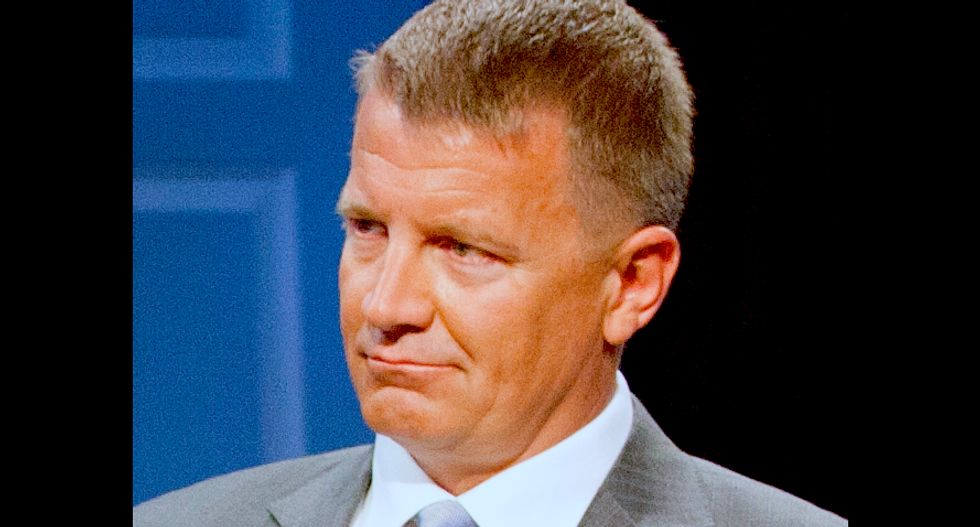 On Tuesday, the Independent reported that billionaire military contractor Erik Prince is once again trying to sway President Donald Trump's administration to outsource America's wars to the private sector.

According to the Independent, Prince is hoping the state department under Mike Pompeo will be more receptive to the idea than when the contractor floated privatization with Rex Tillerson at the helm.

Prince refers to privatization with a series of euphemisms, including "rationalizing and restructuring” and "a strategic economy of force.”

“The US administration is spending $76bn a year in Afghanistan – that is much more, I think, than Her Majesty’s Government in the UK is spending on its entire defense budget," he told the Independent.

“What I am proposing will cost a fraction of that. It will also save lives of armed forces personnel: American, British, Afghans and other allies.”

In the past few days, President Donald Trump has been extra harsh on America's NATO allies, claiming they don't contribute equitably to America's military misadventures.

But military officials have long been opposed to a heavy reliance on private contractors.

“This is something out of Soldier of Fortune [magazine]. Something like this will raise all kinds of practical and logistical problems, as well as huge legal, moral and ethical ones,” a Pentagon official told the Independent.

“The military are not going to back this kind of freewheeling.”