DL Hughley: I don't think Americans have a problem with people of color being slain 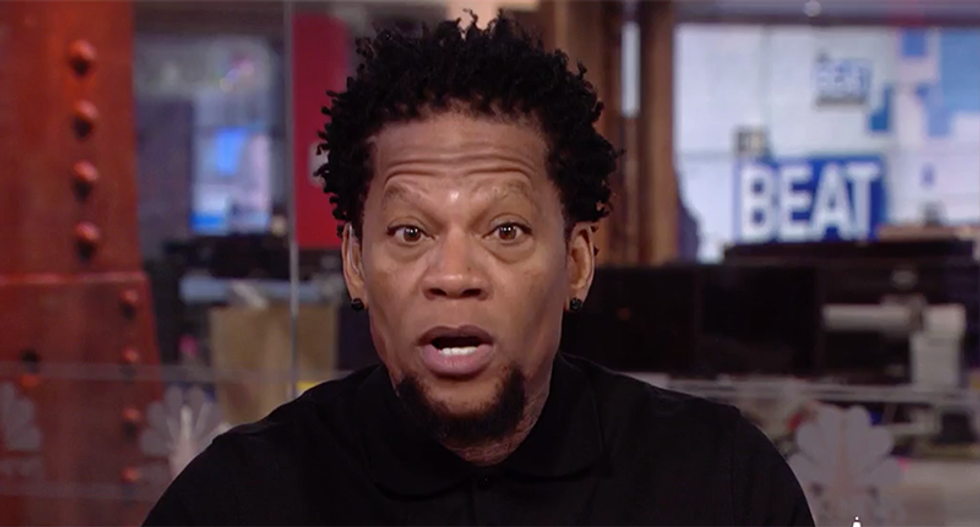 Comedian and activist D.L. Hughley told MSNBC's Ari Melber his advice on how black people can stay safe during interactions with police officers.

"African American men are three times more likely than white men to face a killing by police," Melber said during the opening of this segment.

Hughley recently released his book How Not to Get Shot: And Other Advice From White People.

"I think America just doesn't have a problem with African Americans, people of color being slain by the hands of the police," Hughley said.

Sen. Tim Scott (R-SC) echoed Hughley in his shared experience in dealing with law enforcement as a black man.

"In the course of one year, I have been stopped seven times by a law enforcement officer. Not four, not five, not six. But seven times in one year as an elected official," Scott said.

"You can't find a black person in this country that can't tell you about a negative experience they have with police," Hughley said.

Hughley said that police are not trained to "protect and serve" as most people would believe.

"I don't fault the police because they are enacting a mission statement. That mission has been in communities of color, not to protect and serve, but keep us where we belong. Every time there is an interaction with the police, the propensity to spiral out of control or some unintended consequence," he concluded.