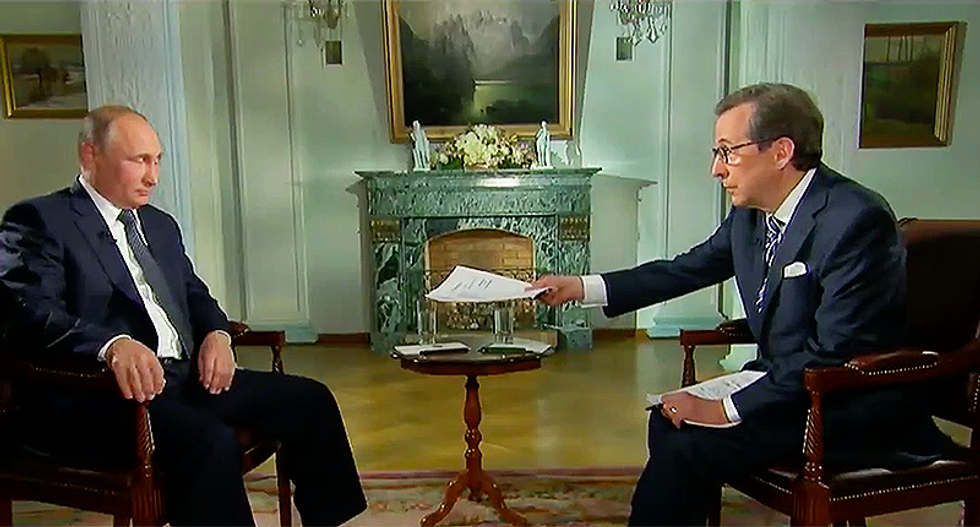 Fox News host Chris Wallace asked Russian President Vladimir Putin about the indictments of 12 GRU agents charged with hacking the election, the DNC and part of the U.S. electrical grid in 2016.

"You bring up all his political opponents who have been killed and he starts talking about John Kennedy and Martin Luther King and the police shoot-outs in various neighborhoods," Wallace said. "NATO expansion, very angry about that, the feeling that a promise was broken and it's a direct threat to try to have them in Russia."

He noted that Putin rambles just as much as Trump and tries to give long answers so you can ask fewer questions.

"There's a deep sense of grievance on his part. On the other hand, and I think it's one of the reasons he was so anxious for the summit and so anxious to speak to the American public is because he wants to do business. He very much wants to turn the page," Wallace continued. "I think he thinks that President Trump's diplomatic outreach provides an opportunity to end the isolation that the west especially has tried to impose on Russia ever since the seizure of Crimea."

"It's just such a moment in that interview when you handed over the indictment of the 12 GRU Russian military intelligence that were indicted. He was not touching that," said host Bret Baier.

"He certainly wasn't," Wallace laughed. "He looked at it like, 'What is this guy doing, and you saw the little smirk at the beginning, but I think it was a little smirk of anger and how do I handle this, and when I said would you take this, sir, he waved it away and put it on the table. As you say, he did not want to touch it."

Watch it as well as the segment with Putin below: