Historian Jon Meacham drops truth bomb: ‘We haven’t been captured by Trump’ — we surrendered to our ‘worst instincts’ 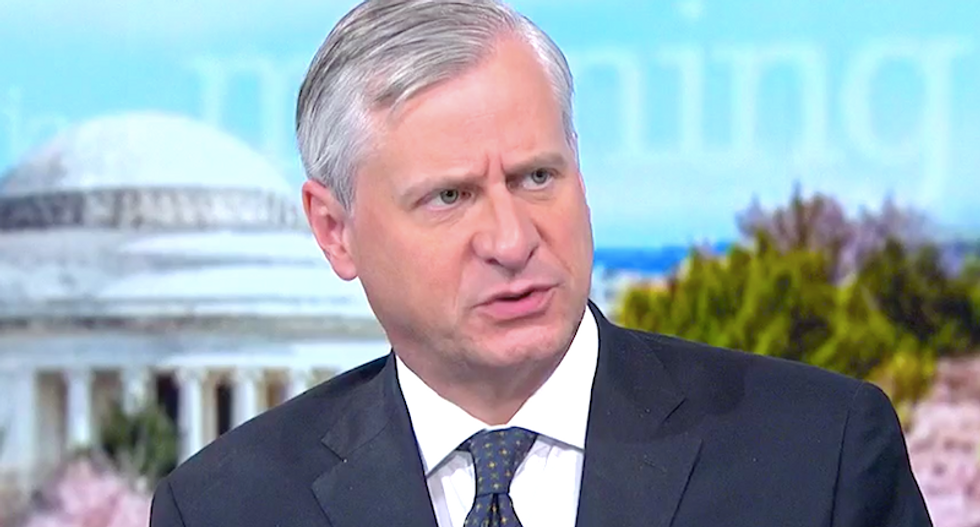 MSNBC's Joe Scarborough asked why Trump was purposefully blowing up the NATO alliance that had helped the U.S. become the most powerful military and economy the world had ever known, and the Pulitzer Prize-winning author said the president was projecting something awful about the American character.

"Donald Trump is the most vivid manifestation of the least attractive characteristics in the national character," Meacham said. "We haven't been captured by Donald Trump. We have had our worst instincts affirmed, exacerbated and put in front of the world."

Meacham, the author of the current bestseller The Soul of America: The Battle For Our Better Angels, rejected the notion that Trump had taken over the country, because that allowed all Americans to escape their responsibility for his election and subsequent abuses of power.

"I think to suggest that somehow or another he has hijacked the country, lets the rest of us off the hook, because right now the kind of courage you're talking about is required not simply of people who are in elective office but all of us," Meacham said. "It's why conversations like this matter."

Thomas Jefferson called on Americans to participate in politics as part of everyday life, Meacham said, and not just in elections.

"The only way to get through this particular hour of crisis -- and it is a crisis in the classic sense we know at the end of it whether the patient lives or dies, which is the original meaning of the word," Meacham said. "Crisis is supposed to be that important, it's supposed to be a life-or-death matter -- a health crisis, a health moment."

Meacham touched on the subtitle of his latest book to say the outcome of the crisis remained in doubt.

"The country has fully the capacity to do the wrong thing," he said. "The wondrous thing about the country is that at least 51 percent of the time when we have actually let those better angels win, we have opened the arms, we have dropped (candy on) Berlin, we used the Berlin airlift, we have Colin Powell saying, we have gone around the world protecting our power, (and) the only thing we asked for is the ground to bury our dead."