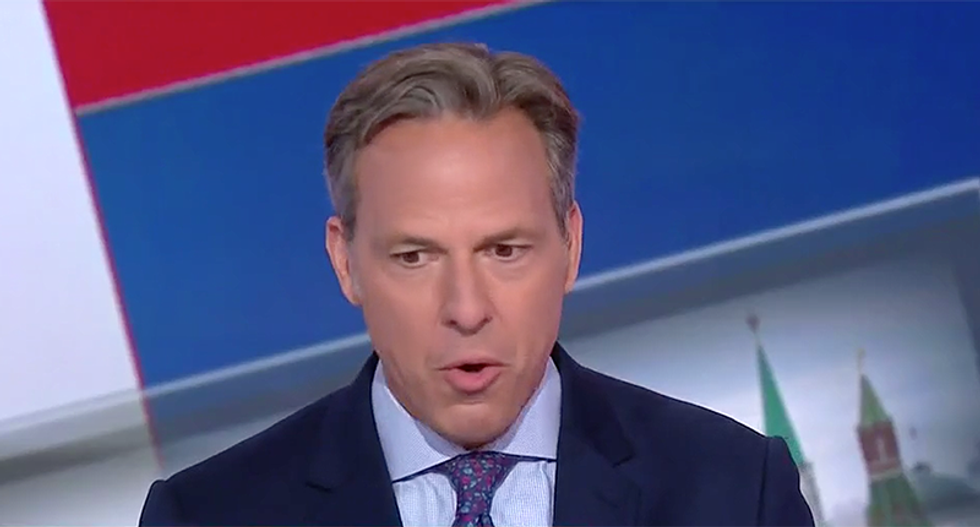 The normally calm CNN host Jake Tapper was shocked at the latest developments in the White House's latest efforts to clean up President Donald Trump's agreements to Vladimir Putin. Namely, that Trump said that he would look into turning over U.S. ambassadors to Putin for interrogation. It was revealed Thursday that the president has invited the Russian leader to come to the White House in the fall.

In a conversation about Sarah Huckabee Sanders' statement allowing room for the idea that the U.S. could hand over former Ambassador Michael McFaul and financier Bill Browder, Tapper just couldn't believe it.

His panel was left shocked and unsure of what to say, other than to repeat the list of concerning promises made by Trump to Putin. Even Republican commentator Josh Holmes said he had similar questions.

"I know I am more of a conspiracy theorist," commentator Angela Rye confessed. "I will go back to my word 'kompromat' -- narcissism is blinding. Let's say he is not compromised. If he is not then that means that he is so narcissistic that he can't even potentially accept the fact that as has been proven Russia interfered with the U.S. election because they favored him."

She noted that the fact that he simply can't accept the idea has evolved from eye-rolling to a cause for great harm to American national security.

"It's causing great harm to have confidence in him even from his party. What was said in the meeting?" she asked.