Morning Joe guest: Trump 'surrendered the Cold War' to Putin when he 'threw America under the bus' in Helsinki 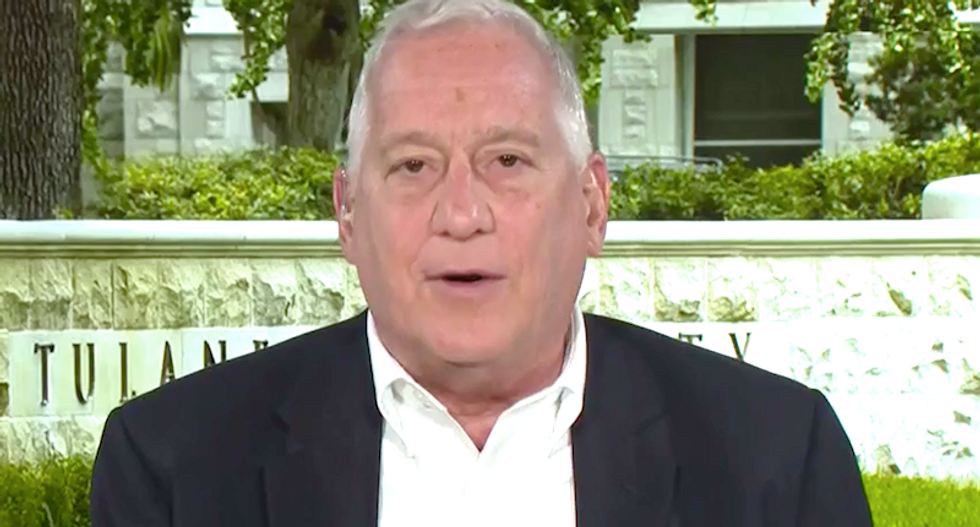 President Donald Trump "surrendered the Cold War" to Russia by siding with its president over U.S. intelligence and law enforcement agencies, according to historian and author Walter Isaacson.

Isaacson told MSNBC's "Morning Joe" the president had upended more than a half century of U.S. foreign policy in less than a week.

He said the president's actions were indisputable but his motives were unclear.

"Why would he do it?" Isaacson said. "Is he just unhinged? Is it because he is so unhinged and demented about the election? Is it because he has fears of Russia, that they have compromising material on him -- something I never even considered to be true until this past week, when so many credible people are saying it."

Isaacson said all of those open questions were serious and potentially dangerous.

"All of the Republicans who have come out now and been wringing their hands about, 'Oh, he shouldn't have been saying that in Helsinki,' there's just one question to answer," Isaacson said, "which is will you support now the continuation of the Mueller investigation so we can get to the bottom of this?"