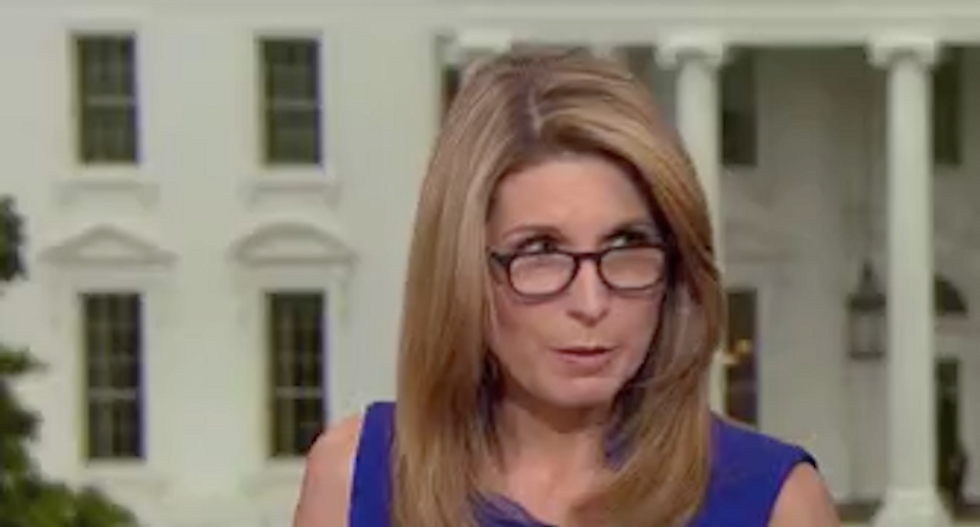 President Donald Trump is set to meet with Russian President Vladimir Putin on July 16. Even though their bromance has seemed to flourish, MSNBC's Nicolle Wallace wants to know what else President Trump will do to please Putin.

During an interview with MSNBC intelligence analyst Malcolm Nance, Wallace asked: "What is left on Vladimir Putin’s honey-do list that Trump hasn’t done?"

"Well the — the only thing that’s left to do on the wish list is to lift sanctions against Russia," Nance said.

He continued: "I think he will arbitrarily, straight across the board, in defiance of law, at the end of the Putin-Trump summit, will declare Russia good boys and will say we need to lift the sanctions. I really think he’s in their pocket, you know."

"I mean, going after NATO is just utterly amazing, because, as you know, NATO is not just paying with their money. They are paying in blood defending alongside of the United States like they did in Afghanistan. Donald Trump doesn’t get that," Nance said. "He — in his mind, Russia is his base, a critical part of his base, and he’s going to pay them off one way or another.”