Watergate reporter Carl Bernstein: Trump 'is bleeding badly in front of all of us' 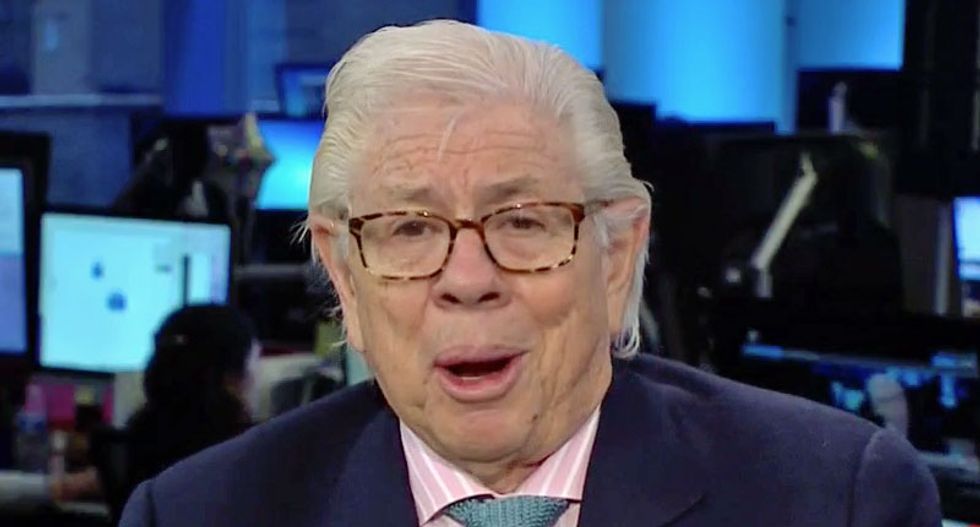 The Watergate newsman said that there was "nothing credible" in what the president has said for the last two days. One thing, however, that Trump pointed out twice, was that he's a "very stable genius."

He described it as a unique moment in American history where the American president's loyalties are in question by "serious people of both parties." He went on to note that the written statement Trump read said that he accepts the idea that Russia meddled in the 2016 election. But then he appeared to ad-lib his signature "no collusion" remarks.

"Everybody doesn't agree there's no collusion," refuted Bernstein. "That's what [special counsel Robert] Mueller is trying to find out, and one of the things that we know very well is that there was a meeting in Trump Tower attended by his son in which an attempt at collusion occurred."

He said that in the last few days Trump has thrown the last 75 years of mutual security in the west out the window so that he can have his own relationship with Putin. That relationship was on full display yesterday, Bernstein noted.

"So, we now have a real national security emergency in this country in which it is clear to members of both parties and, indeed, the Republican Party leadership is terrified of Trump's base and going after them, but they are also terrified as [CNN's] Dana [Bash] and others have spoken with them, as have I, they are terrified of this president and his conduct of national security business."

Host Brooke Baldwin asked what the GOP intends to do about it, but Bernstein said he didn't know and that Trump's presidency and behavior might define the Republican Party in the United States for generations. That is "if they cannot figure out what to do about a rogue president who has no regard for the rule of law, who has no comprehension, it would seem, of our history."

He remarked that Trump has "such spectacular ignorance of our history in this country and of the west and what happened after World War II." Recalling Putin's actions over the past few years with his armies on the borders in Europe, Bernstein explained that Trump refused to call the Russian president on it.

"So, we are in an extraordinary moment in which we will see how the wounds in the past couple of days that Trump has inflicted on himself, whether they may be somewhat mortal, be hard to imagine given what he's survived and thrived on so far, but he is bleeding badly in front of all of us," Bernstein said. "And we are watching a horrible spectacle play out in which we don't know exactly whether we can trust the loyalty of the president of the United States whether through incompetence, whether through incoherence or whether through nefarious relationships. We just don't know the answer."

He noted that it's impossible to know what occured in the body language and the winks between the two men.