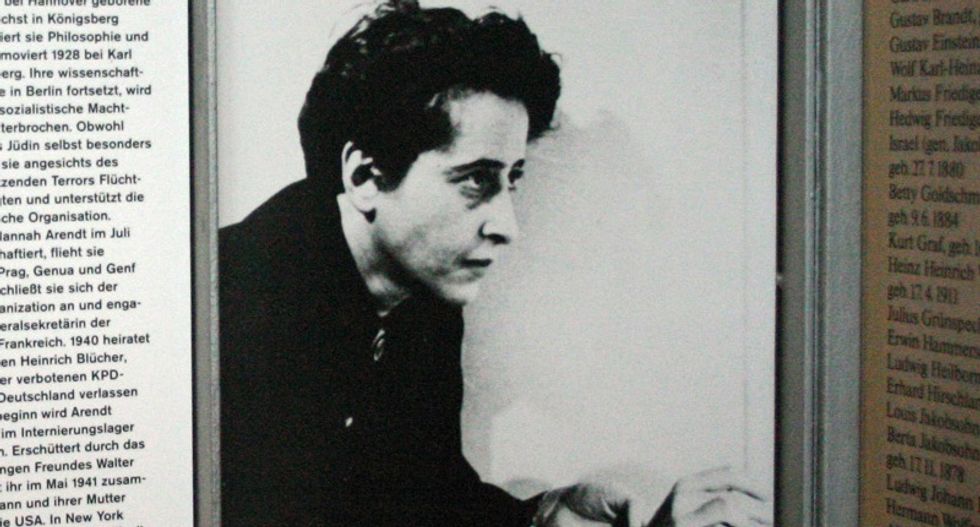 Facing a political revolt over immigration policies from the Christian Social Union partner in her coalition government, German Chancellor Angela Merkel agreed to a compromise, which would create “transit zones” or refugee camps along Germany’s southern border.

Under the agreement, migrants would be housed in designated transit areas, until German authorities determined their eligibility. If found to have registered in another EU country, immigrants would be turned back, assuming that country would accept them.

Merkel had earlier opposed this step, fearing it would trigger border closures. Already, Italy and Austria have refused to accept returnees. And these are not the only ones. In the United States, in Hungary, and in Italy, governments are justifying policies of expulsion and restrictive immigration. Inflammatory language is often being used to defend policies aimed against the most vulnerable peoples.

That millions of refugees exist in legal limbo, sadly, is not a new story. The twentieth century Jewish political theorist, Hannah Arendt, analyzed refugees’ plight in the period between and after the two world wars. As a scholar of Arendt’s political thought, I believe her writing is relevant to understanding today’s refugee crisis and their lack of rights.

Who was Hannah Arendt?

Born in Hanover, Germany in 1906, Hannah Arendt studied theology and philosophy during her university years. The explosion of anti-Semitism in the late 1920s led Arendt to turn her attention to politics and questions of human rights.

Taking advantage of imperfect security at the camp, Arendt escaped. Helped by the American journalist, Varion Fry, who secured asylum for several thousand people in danger of being turned over to the Nazis, Arendt and her husband Heinrich Blücher, immigrated to the United States in 1941.A few months after the Nazis gained power in 1933, they deprived certain German citizens, particularly Jews and Communists, of basic rights, subjecting many to detention in prisons. Becoming stateless, Arendt fled to France, where she worked for Jewish causes. When France declared war on Germany in September 1939, the French government began ordering refugees to internment camps. In May 1940, Arendt was sent to a concentration camp in Gurs, France, along with thousands of other Jewish women considered to be “enemy aliens.”

In 1943 – two years after she arrived in New York – Arendt wrote “We Refugees,” an essay expressing her outrage at the existential crisis her people faced.

Driven from one country to another not because of anything they’d done, but simply because of who they were, she explained how Jews had been forced to seek refuge wherever they could find it in a world increasingly hostile to their existence.

Seven years later, in her monumental work, “The Origins of Totalitarianism,” Arendt pursued the question of refugees’ rights further.

If human rights were inalienable, she asked, why hadn’t those rights protected asylum-seekers or precluded Jewish expulsion and extermination throughout Europe?

To Arendt, the answer lay in breakdown of the delicate balance between state and nation resulting in national interest taking priority over law.

Following World War I, European states redrew their boundaries, breaking up empires, such as czarist Russia and Austria-Hungary, into single nation-states populated by a dominant ethnic group, identified as citizen nationals or “state peoples.” Several minority groups also resided in the same territory, but lacked the same rights.

In these new states, minority rights were supposed to be protected through Minority Treaties guaranteed by the League of Nations, an organization established after World War I to foster international cooperation and prevent further conflict. Yet, increasingly in the 1920s, these treaties proved unenforceable, leaving millions subject to national governments arbitrarily denying minorities their rights. The treaties, along with the League, collapsed with the outbreak of World War II.

Minorities in newly formed states, such as Ukrainians and Jews in Poland and Croatians in Yugoslavia, lacked equal rights. At the same time, growing numbers of stateless peoples, deported or otherwise forced from their countries of origin as a result of civil wars or other conflicts, such as the Armenians in Turkey, were dispersed throughout Europe and the Middle East in this same period.

Arendt identified statelessness with the refugee question or the “existence of ever-growing new people … who live outside the pale of law.” She explained how these new refugees were persecuted “because of what they unchangeably were – born into the wrong kind of race or the wrong kind of class or drafted by the wrong kind of government.”

Without legally enforceable rights they were treated as less than human, forced to live under what Arendt called conditions of “absolute lawlessness.” Even if they were fed, clothed and housed by some public or private agency, their lives were being prolonged by charity, not rights. No law existed that could have forced the nations of the world to feed or house them.

The right to have rights

The postwar presence of growing numbers of stateless refugees, who lacked the legal right to residence in countries to which they had been sent or sought to enter, brought into sharper relief a fundamental conflict at the heart of international law.

States had long recognized the right of someone persecuted in her home country to seek asylum in another country. Yet, these same states asserted the right to sovereign control over nationality, immigration and expulsion.

Arendt identified this conflict as a paradox at the heart of the long-held belief that human rights were inalienable. In the absence of enforceable laws mandating states accept asylum-seekers, refugees remained at the mercy of the receiving authority, which established its own rules governing who, if any, would be allowed to stay within its national borders.

In reality, Arendt argued, human rights, supposedly independent of citizenship and nationality, are guaranteed only as the rights of citizens or, most restrictively, as the right of nationals of a “folk” or ethnic identity.

Thinking about the stateless led Arendt to identify something more fundamental than the right to life, liberty and the pursuit of happiness. She called it “the right to have rights,” or the right to belong fully to a political community, even if it was not one’s native land. She said,

“[T]he right to have rights, or the right of every individual to belong to humanity, should be guaranteed by humanity itself. It is by no means certain whether this is possible…[because] the present sphere of international law… still operates in terms of reciprocal agreements and treaties between sovereign states.”

Indeed, there are international laws related to refugee protection. These laws and treaties create “exceptions” to a state’s sovereign right to control which “noncitizens” can enter and remain within its territory. In some case, they could grant at least temporary asylum to refugees.

However, no legal means currently exist that could require sovereign states to comply with international conventions and rules. Individual states, thus, retain the power to deny parts of humanity “the right to have rights” simply by asserting national sovereignty.

This is evident when far-right political parties in Germany, Austria, Italy and Hungary, along with the current administration in Washington, call for harsher, draconian border policies to prevent refugees from seeking asylum.

With the precarious conditions that are affecting ever-growing populations of minorities and the economically vulnerable refugees across the globe, Arendt’s words matter more than ever today.

The idea of humanity, excluding no one, Arendt wrote, “is the only guarantee we have that one ‘superior race’ after another may not feel obligated to follow the ‘natural law’ of the right of the powerful, and exterminate ‘inferior races unworthy of survival.’” As she herself witnessed, the first steps are the abrogation of minority rights and the refusal of asylum to refugees.