LeBron James blasts Trump's history of racism: 'I would never sit across from him' 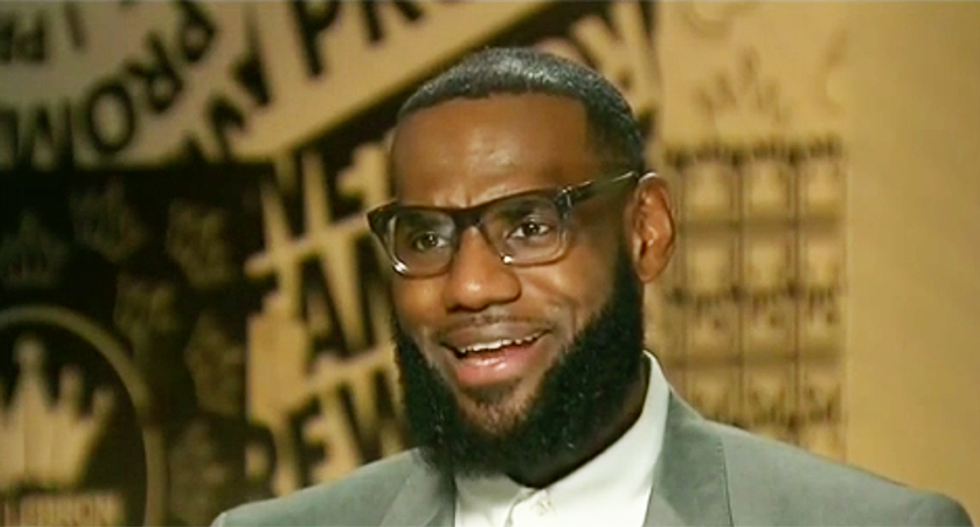 NBA player LeBron James told CNN's Don Lemon Monday that athletics were once something that brought people together. Today, however, he said that the president is using it to divide Americans.

James specifically brought up the many sports stars that are working on community projects giving back, yet President Donald Trump and his allies attack them.

"Whenever there's something, like he's in trouble, he can't wiggle his way out of something, he'll bring up the National Anthem and kneeling or standing," Lemon observed. "Do you think he uses black athletes as a scapegoat?"

James said Trump does it more often than not.

"I believe he uses anything that's popular to try to negate people from thinking act the positive things they can be doing and try to get our minds to not be as sharp as possible right then," James explained. "Look at Kaepernick, who was protesting something he believed in and he did in the calmest way possible. Very respectful. He did his due diligence. Everyone knew why he did it."

He noted that everyone "felt" Trump's words after Charlottesville.

"It didn't matter what color you are to feel that tension, to feel like our great country, you know," James continued. "That we all wake up every day in the land of the free as we believe with great opportunity to be even more than what people even expect you to become for that to happen, you just felt like that was -- that was kind of the tipping point."

But when it came to sitting down with the president, James wasn't interested.