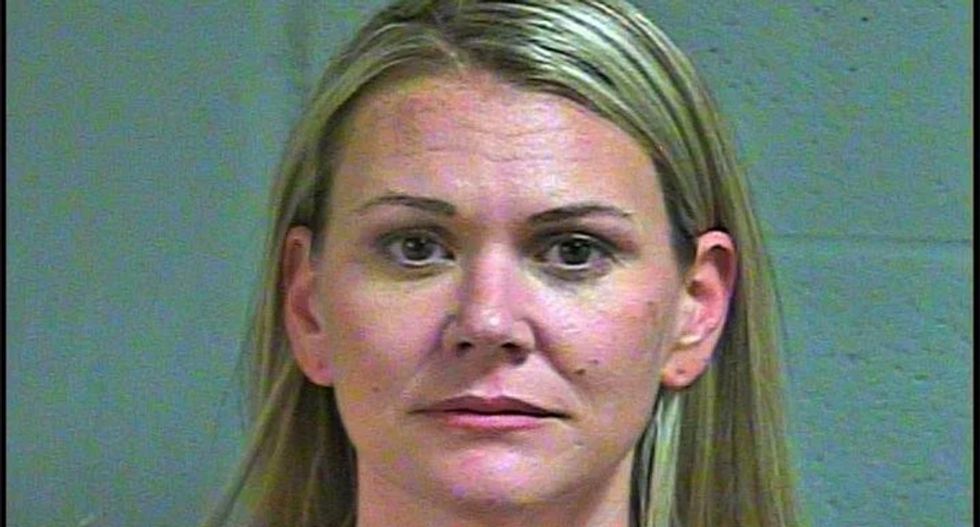 The Oklahoma Department of Health is fielding a lot of anger for over-regulating medical marijuana after 57 percent of the state approved it in a June election. One lead attorney for the department even claimed she was getting threats. When the Oklahoma State Bureau of Investigation got involved, however, it was discovered the threats were sent by the attorney herself.

According to the Tulsa World, Julie Ezell has submitted her resignation and been taken into custody for false reporting.

A probable cause affidavit shows that the email to Bates came two hours after Ezell confessed to the false threats to an OSBI agent. She's been charged with two felonies and one misdemeanor.

According to the court records, Ezell used a fake email made on ProtonMail, an encrypted service, at 2 a.m. on July 8. This after her phone showed searches for whether ProtonMail logged IP addresses and payment information. Her phone then showed access to the ProtonMail account maryjame@protonmail.com.

“We will stop YOU and your greed. Any way it takes to end your evil and protect what is ours. We will watch you," the email she allegedly sent said.

She then sent the threatening emails to herself about the implementation of the marijuana law. Half an hour later, Ezell reportedly sent a text message “F*ck, text me when you are up. I just got a pretty threatening email about medical marijuana.” The report did not say to whom the text was sent.

Ezell had deleted her search history after accessing ProtonMail and once again after sending herself another threatening email and another text message to the same person reporting she had received "another one."

That email read: “We will expose your corruption and evil. We would hate to hurt a pretty lady. You will hear us. We are just beginning.”

Later that day, another email appeared from the ProtonMail account with her address and description of her cars as well as a message saying, “You appear distinguished in glasses. Wear them for the camera.”

In a statement, Ezell's attorney tried to do damage control by refuting any judgement on her and instead painted it as passion for her work.

“These charges do not reflect who she is as a person, nor do they reflect the type of advocate she has been for the people of the State of Oklahoma,” attorney Ed Blau told the Tulsa World via email. “These allegations will be answered, and additional relevant information will be provided by us at the appropriate time.”

He called her a “loyal and dedicated public servant."

A press release from the OSBI spoke about the wasted resources the department dedicated to investigate her false claims of threats.

“During the investigation, nine OSBI agents, three officers with Edmond Police Department and two officers with OU Health Science Center were dispatched to work the case and to ensure Ezell’s safety to and from work and home,” the release states.

The Oklahoma Department of Health has two lawsuits pending, saying that they overstepped the law that was passed with their regulation of medical marijuana. One lawsuit from the Oklahoma ACLU alleges a breach of the 14th Amendment because the department would require a pregnancy test for women seeking medical marijuana licenses. Currently there is no other such requirement anywhere in the United States, nor does Oklahoma require a pregnancy test for opioid prescriptions.